Norovirus Detected in 19 Students in Kerala, Know All About Highly-Contagious Virus, Its Symptoms and Causes

Although this isn’t the first time the virus has been detected in the southern state, it is the high degree of infectiousness that is the reason for alarm, as is the fact that all the cases reported so far are children. 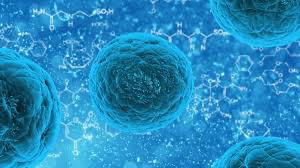 Mumbai, January 23: Just as COVID-19 seems to be under control in India, 19 cases of norovirus in Kerala have caused concern. Although this isn’t the first time the virus has been detected in the southern state, it is the high degree of infectiousness that is the reason for alarm, as is the fact that all the cases reported so far are children. The ‘infectious but easy-to-treat' virus is associated with diarrhea and vomiting.

The virus had previously hit the southern state in June last year. while the first outbreak of norovirus was in June 2021 when 950 cases of acute diarrhoeal illnesses in Alappuzha and nearby municipalities were linked to the virus. The highly contagious nature of the virus has spread concern across the state and has prompted the state government to urge the public to maintain good hygiene. According to the World Health Organization (WHO), an estimated 685 million cases of norovirus are recorded every year globally — including 200 million among children under the age of 5. Measles Cases on Rise in Mumbai: What Is Measles? How Does It Spread? Know Causes, Symptoms, Transmission and Treatment of the Viral Infection.

Norovirus, also known as the “winter vomiting bug”, causes acute gastroenteritis and is responsible for violent vomiting and diarrhoea. Noroviruses (NoV) are a genetically diverse group of single-stranded positive-sense RNA, non-enveloped viruses belonging to the family Caliciviridae. An individual can get norovirus illness many times in life as there are many different types of noroviruses, Centers for Disease Control and Prevention (CDC) said. Monkeypox Causes, Symptoms & Treatment: Everything You Need To Know About the Viral Disease That Currently Has No Cure.

What Are the Symptoms?

Apart from the stomach-related symptoms, patients infected with the virus could also have high temperature, bodyache and headache. The incubation period for the virus is short - about 1-2 days. When infected with the norovirus, some people may not exhibit any symptoms at all. They can still infect others and propagate the illness.

What Are the Causes?

The norovirus is, just like COVID-19, a highly contagious virus as it can spread in many different ways. Close contact with an infected person, touching your mouth after touching contaminated surfaces, or consuming tainted food or water can infect a person.

The Norovirus causes an estimated 200,000 deaths a year - including 50,000 children. The casualties are higher in low-income countries. The virus is difficult to eradicate because its high resistance to both high and low temperatures as well as numerous disinfectants.

(The above story first appeared on LatestLY on Jan 23, 2023 05:52 PM IST. For more news and updates on politics, world, sports, entertainment and lifestyle, log on to our website latestly.com).