World Bipolar Day 2019: Symptoms of Bipolar Disorder on Manic and Depressive Phases of the Illness

With the right amount of treatment and therapy, it's possible to lead a productive life even with bipolar disorder. 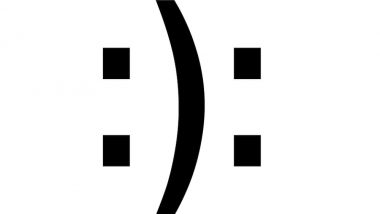 Bipolar disorder is a mental health condition, which is also known as manic depressive illness. It is characterised by drastic shifts in the mood and energy levels of the person. These mood change range from periods of extreme energy and elation to extreme hopelessness and depression. Iconic artist Vincent Van Gogh reportedly suffered from bipolar disorder. In honour of the artist, his birthday, March 30 is widely observed as World Bipolar Day. Till a few years ago, bipolar disorder was a widely-misunderstood mental condition; its symptoms often mistaken for mood swings. Bipolar Disorder: Types, Causes, Symptoms and Treatment of Manic Depression.

Dr Era Dutta, Neuropsychiatrist, Mind Wellness explains: "This is one of the most mystical conditions that has everyone wondering and guessing. Even the most educated minds may mistake bipolar disorder to be just a 'phase' or even a 'deliberate change'. The reality is - it is a neurobiochemical disorder."

Today, however, there's a better understanding about the disorder due to the efforts of the mental health community and awareness spread by celebs like Demi Lovato. On this day, let's take a look at some of the commonest symptoms of bipolar disorder on the up (manic) and down (depressive) poles of the illness.

She says that the person swings between the two extreme poles. In the Up Pole, the person experiences mania or hypomania. And in the Down Pole, he or she may experience depression. Mariah Carey's Battle with Bipolar Disorder: Singer Shares About Mental Health Breakdown.

The Up Pole or Manic Phase

The Up pole of bipolar disorder refers to the period of extreme elation and energy. The mania period may last for more than seven days and it may be a combination of symptoms, namely:

• Lack of need for sleep or refusal to sleep

• Excessive bursts of energy and creativity

• Excessive sexual desire (may lead to promiscuity or infidelity)

• Inappropriate social behaviour (like fighting over a trivial matter or confronting)

The Down Pole or Depressive Phase

In the Down Pole, the person may experience depression or a low phase. The phase may last for 15 days. Here are a few symptoms of the phase:

• Feeling low most of the time

• Or at times irritable and angry

• Feelings of guilt, hopelessness and helplessness

• Loss of interest in activities that were earlier fun

• Lack of concentration and poor memory

• Desire to be isolated

• Feeling mentally and physically tired and drained most of the time

Diagnosis of bipolar disorder is often delayed because people commonly mistake the symptoms for mood swings. "The truth is that certain degree of mood changes are absolutely normal for all of us. This could be due to external factors like a small fight. But the mood changes associated with bipolar disorder are extreme and could affect our social, professional and personal lives," says Dr Dutta.

It's not to say that people with bipolar disorder cannot function normally. Many famous people we know are high-functioning individuals, living with bipolar. "People like Demi Lovato, Vincent Van Gogh and rapper Yo Yo Honey Singh have all had bipolar disorder," adds the doctor.

With the right amount of treatment and therapy, it's possible to lead a productive life even with bipolar disorder. "But before you start self diagnosis, know that around 2.4-4 percent people have bipolar disorder and you need a neuropsychiatrist to make a formal diagnosis for you," she adds.

(The above story first appeared on LatestLY on Mar 30, 2019 09:39 AM IST. For more news and updates on politics, world, sports, entertainment and lifestyle, log on to our website latestly.com).