World Contraception Day 2018: Theme and Objective of The Day Dedicated To Population Control In Countries Like India

Effective contraception is important not only for family planning but also for population control and curbing STDs. 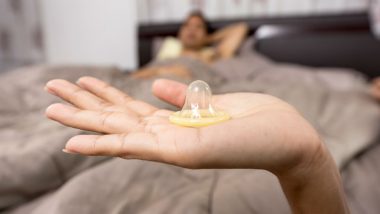 Every year, the 26th of September is observed as World Contraception Day. Like every year, even in 2018, the focus is to create awareness about the topic of contraception, which remains more or less stigmatised in heavily populated countries like India. Population explosion can put a great strain on the resources of the nation, reducing the quality of life. Proper knowledge about contraception methods is the only way to curb the menace, and also reduce the burden of STDs and unwanted pregnancies. Let’s explore the theme of objective of the day dedicated to population control this year. Effective Contraceptive Methods to Birth Control: World Population Day 2018 Focuses on Family Planning.

Since population growth in the world is constantly paving way for multiple issues like shortage of renewable and non-renewable resources, poverty, environmental problems, etc., contraception serves as a method to curb a lot of problems related to overpopulation. A study explains the importance of contraception and says, 'Contraception is the intentional prevention of conception through the use of various devices, sexual practices, chemicals, drugs or surgical procedures. An effective contraception allows a physical relationship without fear of an unwanted pregnancy and ensures freedom to have children when desired. The aim is to achieve contraception in maximum comfort and privacy, with minimum cost and side effects. Some methods, like male and female condoms, also provide twin advantage of protection from sexually transmitted diseases. The burden of unsafe abortion lies primarily in developing countries.'  Is Vasectomy Better Than Tubectomy? Kerala Man's Viral Facebook Post Initiates a Much-required Talk on Contraception.

The problem of population and lack of awareness among people about contraception are major problems we are dealing with today. Both the problems are interlinked and interdependent. Therefore on 11th July we observe World Population Day and on September 26 World Contraception Day. The day helps improve people's understanding, approach and awareness towards the burning issue.

The theme of World Contraception Day 2018

According to WHO, 'The day’s mission is to improve awareness of all contraceptive methods available and enable young people to make informed choices on their sexual and reproductive health.' The mission is to improve awareness of contraception among all groups of people. The day can also help spread awareness among the teenagers and young adults so that they make informed choices about their sexual and reproductive health.

India has the second largest population in the world and the need for contraception awareness is way more in India and other developing nations like India. Ever since the family planning programme was introduced, India's demographic and health profile has changed radically, however, India still has a long way to go. The importance of contraception methods as described by a study, 'Contraception is important for the prevention of unintended pregnancies worldwide. Many contraceptives also have other medical benefits, such as decreasing endometrial and ovarian cancer risk or regulating the pain and bleeding of menstruation.'

Contraceptions like condom can also curb the spread of STDs and STIs, even HIV and AIDs. In fact, as a study suggests, 'The notion of safe sex currently denotes protection from unintended pregnancy, HIV, and other sexually transmitted diseases (STD). Modern parallel complications of sexual activity should, therefore, be considered when selecting contraceptives.' The study further explains, 'It is concluded that significant interactions exist between forms of contraception and STDs and HIV which may be beneficial or harmful to women. For example, oral contraceptive (OC) use may reduce risks of pelvic inflammatory disease and its sequelae, but may increase risks of chlamydia infection. Barrier methods, especially when combined with spermicides, can reduce the risk of STDs/HIV if used consistently. The combined use of OCs and condoms offers serious defence against both unintended pregnancy and STDs/HIV. IUDs also seem safe and effective in women at low risk for reproductive tract infection.' How To Use A Female Condom: Step by Step Video To Wear The Women's Contraceptive.

Therefore in countries like India that is both highly populated and poverty-stricken, it is very important to generate awareness about the various contraceptive method. Especially amongst women and lesser educated people, the awareness about contraception is very low. A study says, 'Low acceptance due to a fear of adverse health consequences, accessibility to and lack of sound knowledge of contraception are the leading reasons for not using contraceptives. Multivariate analysis substantiated the role of women and husbands’ education, the age of women, and the number of surviving boys in the use of any modern method of contraception. Educating women and their respective husbands about the proper use and benefits of modern contraceptives is important to solve the problem of high unmet need for family planning.'

(The above story first appeared on LatestLY on Sep 26, 2018 11:22 AM IST. For more news and updates on politics, world, sports, entertainment and lifestyle, log on to our website latestly.com).