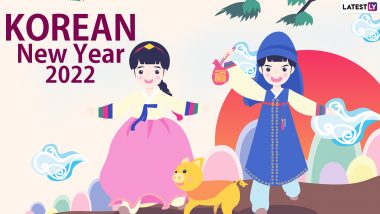 Seollal celebrations scripted in the Book of Sui and the Book of Tang, are early recorded histories of The Silla Kingdom. Seollal is a unique Korean tradition, influenced by China, and is based on the lunar cycle. Korea's own record of the new year celebration that was compiled in the 13th century is found in 'Samguk yusa' i.e Memorabilia of the Three Kingdoms. In Korean culture, each year represents an animal from the set of 12 animals which are mouse, ox, tiger, rabbit, dragon, snake, horse, sheep, monkey, rooster, dog, and pig. The order of the animals is thought to have been based on the sequence in which they were invited to see Buddha.

About Seollal Celebration And Traditions

The Lunar Year is a three Day celebration in Korea, with New Year's Day being a family holiday. The eve of the New Year starts with fireworks and crackers and ringing the historic Boshingak Bell. Seollal is a cultural holiday rooted in Confucianism that is celebrated on the first day of Korea’s lunar calendar.

People in Korea celebrate Seollal by wearing traditional dress 'Hanbok', preparing traditional soup thinly sliced rice cakes or a variation with dumplings such as the recipe for Korean dumplings known as Mandoo. Furthermore,  Koreans perform ancestral rituals called 'Charye' to remember and pay respect to their ancestors. For 2022 Seollal falls on Tuesday, February 1st, 2022 with January 31st and February 2nd also part of the official holiday.

(The above story first appeared on LatestLY on Jan 17, 2022 02:03 PM IST. For more news and updates on politics, world, sports, entertainment and lifestyle, log on to our website latestly.com).