Meet Adi Reddy: A YouTuber Soaring in Popularity in the Telugu States

YouTube creators are on the rise today and it is becoming one of the most respected platforms to share your opinions and build an audience. Content remains the top priority on the platform and no one can be successful on YouTube with phoney content. 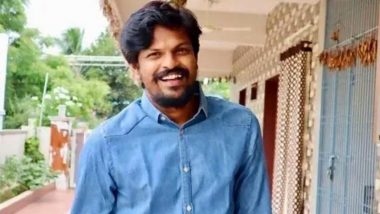 YouTube creators are on the rise today and it is becoming one of the most respected platforms to share your opinions and build an audience. Content remains the top priority on the platform and no one can be successful on YouTube with phoney content. Mr Adi Reddy is a successful YouTube creator, who has gained immense popularity on the platform with millions of subscribers and views on his channels so far. He is a relatable influencer in the Fantasy Cricket segment, a section that made him a popular expert on YouTube.

Mr Boddu Venkata Audi Narayana Reddy popularly known as Adi Reddy has two YouTube channels so far. The first one is Movie Cric News, his first channel on YouTube that boasts 224K subscribers so far. On this channel, he shares his opinions on new and upcoming movies, Tv shows, Bigg Boss Telugu, and sports news that mainly covers cricket. He is an expert on Fantasy Cricket and often connects with his fans on the platform to inform and make predictions that would succeed in the match being held that day. Adi Reddy has a second channel in the works too, that is slowly rising to the top and is named as Kavitha naga vlogs where his sister and wife are the show runners. This channel already have 1.4 lakh subscribers.

Adi Reddy rose to popularity due to his immense love for Big Boss Telugu, a show he followed religiously as it brought a blend of every emotion in an uncut, unedited format. He has the biggest industry secrets about big boss Telugu and he shares his opinions, speculations and expectations from the show on his YouTube channel. He is also rumoured to feature in the fifth iteration of Big Boss Telugu season 5 but hasn't confirmed his presence on the show so far.

Adi Reddy has a deep connection with his audience because he presents unadulterated opinions rather than fabricated one. Recently, his sister also joined the YouTube community and he regularly features in her daily vlogs that are loved by the Telugu audience, who were craving for their favourite YouTuber to venture into daily vlogging. The reason for the popularity of Adi Reddy is nothing except heart to heart connection with the audience through unfiltered vlogging. These days imposter daily vlogging is on the rise that tries to entice viewers with riches and expensive items while Adi Reddy is capturing hearts via his simplicity.