His focus and dedication towards his craft has made him rise above the rest in no time. 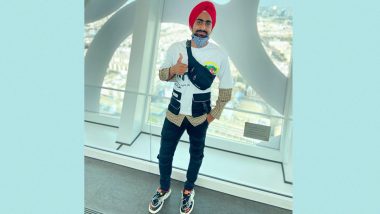 Music connects people as it has an irresistible appeal which is magnetic and draws you towards it. Artists since ages have been winning the hearts of music lovers, and the new breed are a step above the rest when it comes to showcasing their creative talent. The music industry has given us many gems since time unknown, and each one is better than the other. There's a pool of new talent which is waiting to be explored as every single day a new artist steps in with dreams to make it big but only a few out of the lot, survive and make it big. Here we talk about one such artist who at just 19 years of age has given the audiences the kind of music that has got them deeply connected to him, and pretty strongly. Prabhjot Singh's talent has been noticed at the right time, resulting in him stepping right to pave his path towards success.

His YouTube channel 'Prabh's - Official Channel' proves that he had indeed arrived. His music style which comprises of Shadow Mask, Party Reggaeton, Folk Jazz genre has connected well with the audiences, catapulting his popularity to further heights. He can soon pull it off as the next music star if he keeps the momentum alive by dropping in music which works out well with the listeners. This music sensation from Chandigarh, Punjab has been creating a steady buzz with his matchless rhythms and melodies which keeps the listeners engaged and ask for more. What makes his music click and draw in followers remains unanswered, but one thing's for sure, this powerhouse of talent is going to reach the top league, looking at the impressive standing he's created for himself in such a short period of time. When asked about his success, he answers, "I believe this is just the beginning and I still have a long way to go, but I'm sure that there are many more milestones to achieve and a lot more hearts to win with my music in the near future."