Musician Moriah Mills Talks About Making It in the Industry

The model/musician/influencer is currently celebrating her debut single and music video RIO Ride It Out being released, which has won rave reviews from fans. 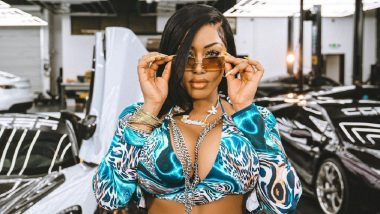 The model/musician/influencer is currently celebrating her debut single and music video RIO Ride It Out being released, which has won rave reviews from fans.

For 27-year-old Moriah Mills, getting into the music industry was something she always wanted to “dive” into but she didn’t get round to taking the plunge until 2019.

Revealing that it was her fans' support and encouragement that gave her the push she needed, the singer says her initial break came when she was working in a nightclub as a dancer in 2015.

During a shift Moriah was approached by a man who told her she should be an Instagram model, telling her she would “blow up” thanks to her body and look.

The singer says she went home that night and made an account and within a month she had gained a following of over 100,000.

Revealing the main content at the beginning was mainly selfies, she quickly began creating bespoke videos commissioned by musicians of her dancing to their songs.

In under a year she had over 1 million followers and by the end of 2020 her fan base had grown to 6.1 million.

After being encouraged by her followers to release her own music, the Atlanta-based star began working on her own material.

Describing her sound as “fun, flirty and sexy that anyone can listen to”, Moriah says the secret to her success is staying calm and not letting the pressure get to you.

This advice has proved invaluable to the singer as she’s had to fight to be taken seriously as an artist and not just as a pretty face.

While being seen as a sex symbol is something that Moriah admits she doesn’t mind, she doesn’t want to this to be seen as the only string to her bow.

Describing herself as a “Jane of all trades,” the 27-year-old believes you have to stay adaptable, positive and motivated to succeed.

She adds that in this business it’s just “me, myself and I” and she has to focus on herself and her fan base.

Moriah reveals she almost gave up on her career and music goals – something that will never happen again – which is why her debut single is such a proud moment for her.

Since deciding to go for it, the musician has been working towards this moment for over a year and is thrilled to have accomplished this incredible goal.

This achievement is only the beginning for the rapper, who plans on pursuing as many gigs as she can and taking up the various opportunities in music, modelling and acting currently blowing up her phone.