Today he is a renowned digital marketer and network marketer whose out-of-the-box solutions help the brands to reach out to a wider audience and globalize it without many efforts. 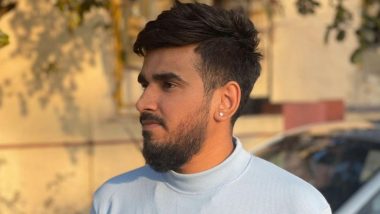 Undoubtedly different people look at successful life from different perspectives and Parth Velani is no other. Not only has he helped businesses on digital platforms via social media marketing and network marketing but he has also helped his team to be confident in their craft.

Like every other triumphant, nothing was handed over to him over a silver platter. Breaking norms and reaching new heights of success has been possible because of Parth's courage to define his career on his terms. Parth says, " When you set some goal for yourself, you need to have a deaf ear for those who discourage you by saying your goal is unrealistic." In addition to it, he also mentioned those times when people never believed in him doing something out of the box.

Today he is a renowned digital marketer and network marketer whose out-of-the-box solutions help the brands to reach out to a wider audience and globalize it without many efforts.

Going through difficult times can break any person down and Parth's case wasn't any other. However, during his difficult times, Mr. Abhaybhai Pandya has been his constant motivation.

As he gained immense knowledge about the market and client handling, he started believing in himself and his ability to crack any deal and make the most out of the opportunity.

Parth is still working diligently to increase his audience base and build a team of experts who can help in solving complex business problems in the easiest possible way. Not only that he also aspires to become the best fantasy league mentor we have.

Parth says, " Starting a career as a fantasy league mentor can be a risk. It demands a great analytical skill and also there will be a failure but it's a fact that once you ace this field, you will reach at great heights."

His upcoming endeavors require him to sharpen up his skill. Qualities like creativity, determination, and discipline have helped him to accomplish his goals and we are sure that