A strange year produced incredible awards. Of course, we are not experts, but we enjoyed artwork given by many creative filmmakers who entertain us with short films in 2020 and 2021. 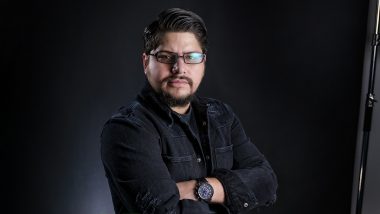 A strange year produced incredible awards. Of course, we are not experts, but we enjoyed artwork given by many creative filmmakers who entertain us with short films in 2020 and 2021.

Coming straight to the topic, opinions are divided, but kudos to the Poolside team. Plenty of storylines appeared—the diversity of the winners, the powerful showing by streamers, and yet another different ending. It is such a treat to have these filmmakers like Director (Alex Kinter and Erik Schuessler) recognized on such a monumental stage in front of millions of global viewers.

There is a talent to be discovered, which is always the rewarding takeaway here. Journey From its home State in Texas to creating Poolside an award-winning thriller film by Kinter Media combined with suspense and a twist on how the present can be affected by a dark past.

The 'Poolside' story is about a 1950's high society housewife Meg Stephens (played by Anne Beyer), starting to hear voices from their indoor pool. The role played by artists like the cleaning lady Emma (played by Giovannie Cruz), Jeff Murphy (played by Oscar Seung) the Peterson couple (Jennifer Kristin as Sarah Peterson and Adam Luttrull as Austin Peterson) made this movie memorable with their acting skills.

This Indie Thriller film with period-specific Mid-century modern set design has won many awards as proof that it is one of the year's must-see movies. It includes Special Jury Mention for the Award of Excellence in Indie Short Fest (A Los Angeles International Film Fest); Platinum Award for Best Mystery Short, Gold Award for Best First Time Director (Alex Kinter and Erik Schuessler), Gold Award for Best Cinematography (Alex Kinter), and Runner up for the Best Film of the Month (January 2021) from the Independent Shorts Awards; Special Mention for the Award of Excellence and Best Women (lead) Short from IndieX Film Fest; and the Fourth Annual Hollywood Blvd Film Festival as the Best Experimental Short Film. This is apart from the 20+ awards it has won internationally.

It has also received support from home state in Texas after winning at Houston WorldFest 54th Annual International Film Festival with a Platinum Remi Award for Best Thriller Short Film. The festival has thousands of entries each year and the 316 Short Thriller category alone had over 100 selections with very tough competition to win.

Short films, a style that has become widespread recently, are films that can be any length between 15 to 60 minutes, depending on the critic asked. Short films have grown into a genre of their own and are now more about a controversial or obscure topic.

Kinter Media have created their niche in the film industry, with this kind of short films. This 17-minute film is not just full of suspense but will surely make any viewer gripping at their seats waiting for the big revelation. If you love short thriller movies, then definitely you will have a great time watching this movie.