Mahomed was very fondly known as the "The Shampooing Surgeon of Brighton." He was also the "shampooing surgeon" of King George IV. 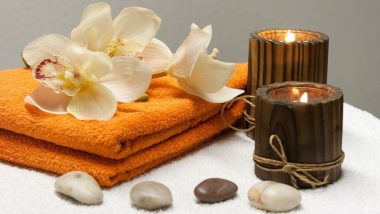 Health Benefits of Herbal Bath and “Shampoo” or “Champi.”

Sake Dean Mahomed features in today's Google Doodle. Today, 15th January Sake Dean Mahomed's first book The Travels of Dean Mahomet, 1794 was published, and it became the first English book written by an Indian. However, Mahomed has many feathers to his cap. He was the man behind breaking the cultural barriers between India and England. Moreover, the Anglo-Indian traveller, surgeon and entrepreneur, became the first Indian to introduce the Indian cuisine, shampoo and herbal baths to Europe. Sake Dean Mahomed: Google Doodle Honours Man Behind the Cultural Exchange Between India and England.

The History of Shampoo and Herbal baths

Sake Dean Mahomed opened a spa named Sake Dean Mahomed's Baths offering luxurious herbal steam baths in the town of Brighton, hence introducing the west about their therapeutic benefits. His luxury spa provided a combination of a steam bath and a therapeutic massage, that he named "shampooing." The term was inspired by the Hindi word from Hindi champo, imperative of champna "to press, knead the muscles or 'to massage." What we commonly call champpi now became his speciality then.

Health Benefits of Herbal Bath and “Shampoo” or “Champi.”

Mahomed was very fondly known as the "The Shampooing Surgeon of Brighton." He was also the "shampooing surgeon" of King George IV. He was credited for introducing Herbal baths and shampoos from India to all over the world.

(The above story first appeared on LatestLY on Jan 15, 2019 10:59 AM IST. For more news and updates on politics, world, sports, entertainment and lifestyle, log on to our website latestly.com).