In the year 2020, he stepped into the field of blogging about men’s office wear on Instagram and got a tremendous response over it. He has also been covered in city newspaper columns and has also been interviewed by many news portals as ‘Youth Icon of The City. 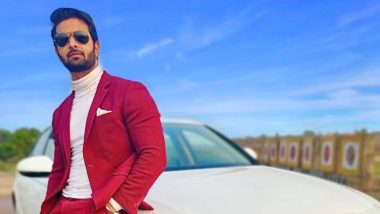 The perspective of success varies from person to person. And so does their approach towards it. But surely success is not something achieved over night. You have to make our own path towards success. Shivam Shukla, a successful entrepreneur and the director of ‘Cutting Edge Hotel Consultants’. He is a man and a believer of the fact that knowledge, passion and hard work opens the door to success.

Shivam Shukla cleared his Defence service in September 2013 but later he dropped this plan to start his restaurant with his father. With his hard work and dedication, he finally started his own restaurant “Shukla’s Kitchen” in 2014. Within the next 2 years (2016) he took over a hotel named “Hotel Florance” and started 2 restaurants in it a bar, a big banquet, and a marriage lawn.

In the very next year 2017, he also consulted in the opening of 2more hotels in Chhattisgarh: Hotel ‘Trinity Grand' and ‘Hotel Raj Imperial' (categorized under 3 start category) under his company “Cutting Edge hotel consultant Pvt Ltd” and trained the staffs in hospitality over there. Further, in 2019, he became a Facility management service provider with PMGSY 9(Pradhan Mantri Gram Sadak Yojana) of the government of India. Shivam Shukla is a good example to prove that, going with the right decision at the right can lead to success.

It may sound unfit for a lot of people but success truly requires hard work and smart decisions. After dropping a full fledge plan of defense service Shivam Shukla continued to work in accordance to achieve his aim.

In the year 2020, he stepped into the field of blogging about men’s office wear on Instagram and got a tremendous response over it. He has also been covered in city newspaper columns and has also been interviewed by many news portals as ‘Youth Icon of The City. He is working with a vision to have a hotel and facility management chain in India.

Shivam Shukla has his mission to inspire and bring innovation to every entrepreneur across the country. Age is never a barrier for someone willing to acquire or gain knowledge. Even after dropping his studies for 7 years, Shivam Shukla continued to educate himself. In the year 2020, he cleared the prestigious IIM Raipur, and currently, he is pursuing his Post Graduation from there. He believes that ‘one should never stop learning.

“Hustle till you make it”.  Hard work does not mean to do laborious work, it does mean having a positive outlook, healthy mind, willpower, and dedication towards your goal. Just working over the same thing is not worth achieving growth. One needs to push themselves to learn new things try innovation and continue to grow. Not only in the field of hospitality but also for society, Shivam Shukla works in making society a better place to live.

During the pandemic last year, when student were returning to Raipur, he with his team served thousands of meals to students, and their facility management unit of PMGSY was converted into a quarantine center. For his Deliberate work, he got an appreciation letter from Government. Shivam Shukla is an ideal example that success surely comes with hard work and requires time but in return pays you desired results and fame.

“Find your passion, the most successful startups are founded by people who are passionate about what they do”.