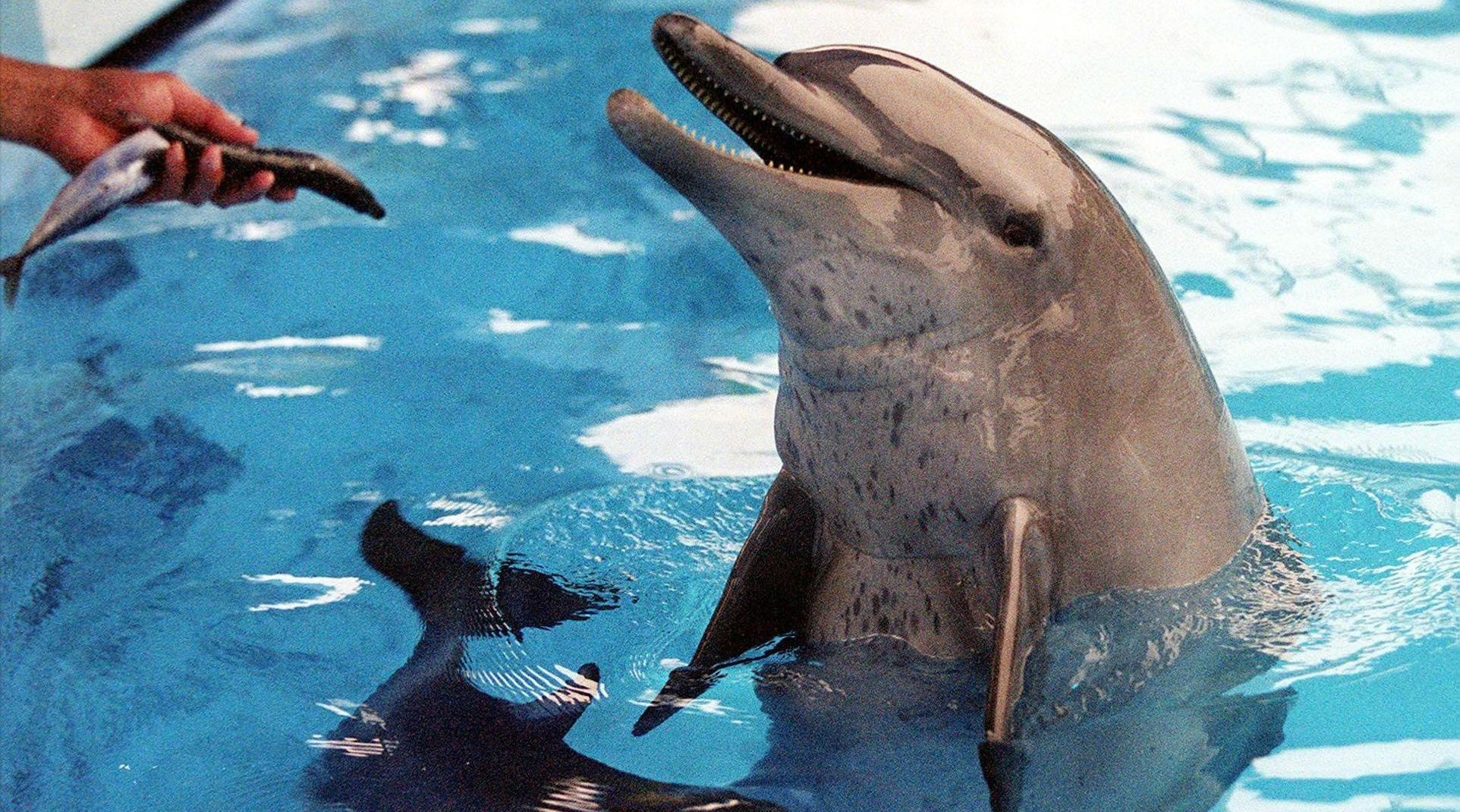 Hong Kong, January 14: A struggling Hong Kong theme park has said it will end its controversial dolphin and sea lion shows but will continue to allow visitors to hug a dolphin, drawing criticism from animal rights groups. Ocean Park said on Monday it would replace the daily shows at its flagship enclosure with "underwater viewing opportunities" for visitors.

"Under the new plan, the Ocean Wonder show will cease," said Leo Kung, chairman of Ocean Park. However, the park said it would continue to allow visitors to pay to feed and pose with the dolphins in the water. Ocean Park's captive animal shows and dolphin-petting activities have long been criticised by the animal rights community. Dolphins Love Getting High on Pufferfish Toxins! New Finding About Aquatic Mammals Gets Twitter High With Funny Memes and Reactions.

Dolphins suffer physically and mentally from life in captivity, according to the Born Free Foundation which also says on its website that physical interactions with the public are "highly stressful" for the animals.

"Ocean Park's decision to end its dolphin shows but to keep the animals as a tourist gimmick is a missed ethical and financial opportunity," said Jason Baker, vice president of PETA. Hong Kong non-profit organisation Animal Rights Education said in a Facebook statement the move was an important step, but urged the park to gradually end marine animal captivity.

According to the park's annual report, it had 7,600 animals including 63 marine mammals, 59 terrestrial mammals, 454 birds and others. The amusement park has suffered an "unprecedented steep decline" in visitors of more than 30 percent since pro-democracy protests broke out in the financial hub last summer, the South China Morning Post recently reported. Viral Video of Killer Whale Swimming With a Pod of Dolphins Alongside Fishermen’s Boat off Cape Cod Will Mesmerize You.

Hong Kong's government is planning to help the park with a HK$10.6 billion (US$1.4 billion) cash injection. Aside from replacing the Ocean Theatre, the park also aims to add 26 new rides as part of a plan to transform it into an adventure-themed attraction.