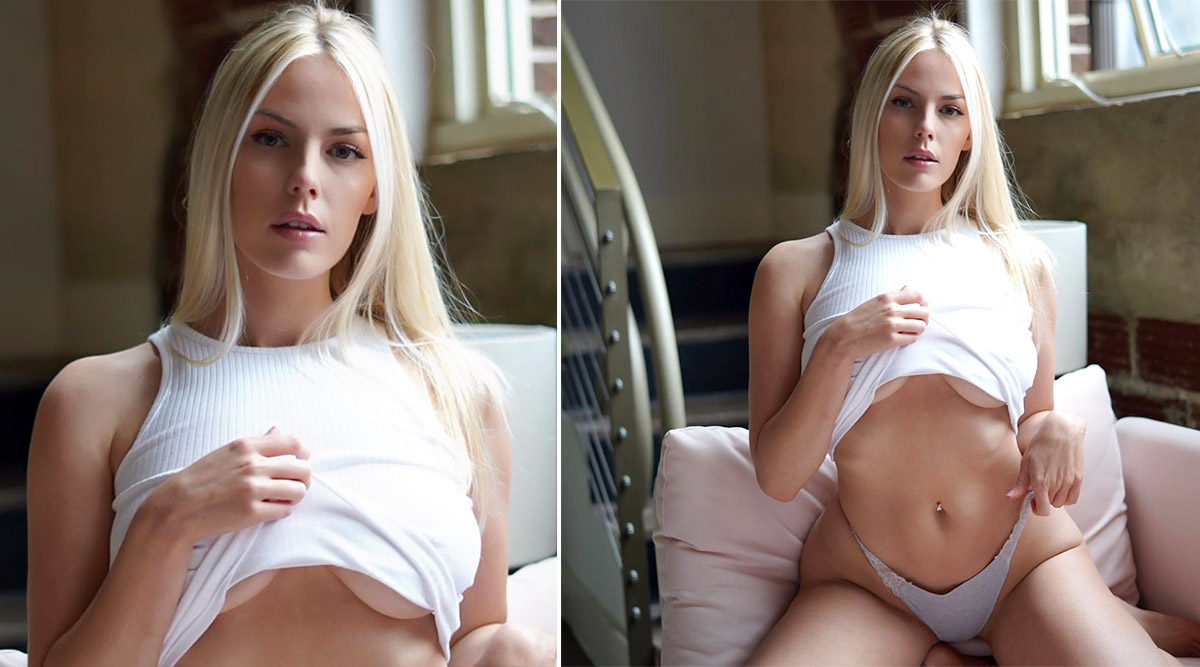 Australia Fire has devastated a huge chunk of the entire earth's ecology. While the whole world prays for the victims of the massive destruction, some people are going ahead to raise funds for the Australia fire victims. Kaylen Ward also known as The Naked Philanthropist came forward to sell her x-rated nude pics to anyone who was ready to donate for Australia 's fire victims. Now XXX model Jenna Lee has joined hands with Kaylen Ward. The super-hot model sells her naked NSFW pictures urging people to not give money to her but donate for the Australia bushfire. She sells each of her nude pictures for $10 and has collected a massive amount until now. According to the latest update she has already raised $40,000. Model Jenna Lee Joins Kaylen Ward in Posting X-Rated Nude Photos to Raise Funds for Australia Bushfire Victims.

Who is Jenna Lee?

on Instagram. She grabbed headlines after she began to sell her nude selfies for Australia bushfire donation. Jenna Lee owns a website where she sells her nudes and exclusive x-rated videos. She also lets her clients accompany her to the nude photoshoots. She gets paise for an exclusive peek into her model life. To unlock her exclusive XXX images & videos one can even get a subscription which is monthly ($9.99), 6-month ($29.99) and annual ($49.99). Apart from her website she shares some of the hottest pictures on Instagram account and updates on her Twitter. Check out some of the hot videos and pictures of Jenna Lee with some things you might want to know about her:

"If your mood is down, physical activity always helps as well as sitting in the sun for 10 mins," is the piece of advice she swears by!

She has been learning how to moonwalk

She is inspired by Kaylen Ward who posts nude selfies and X-rated NSFW photos to raise donations for Australian bushfire victims. Her way of collecting donation money has cost her Instagram account, but she did raise a huge sum of over $100,000 for the bushfire victims. She wishes to raise the amount for the victims and those who are fighting the devastating blazes.