Whole Journey Of One Of The Best Youtubers Of Asia: Rooh Naqvi

His speedy success in his YouTube career is also due to the complete support of his family and friends. His family always supported him. In an interview, Rooh mentioned that his family allowed him to travel the world at a very young age, which helped him create content for his audience. 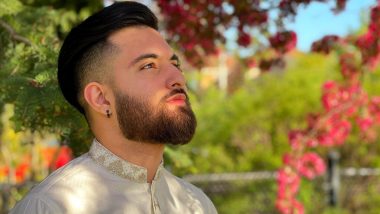 Rooh Naqvi is the fastest-growing Youtuber of Asia. He gained popularity when he started to upload travel vlogs and other content on YouTube. Rooh Naqvi got popular faster than other Youtubers of Asia because his videos always convey a positive message to their viewers. His main goal is to spread positivity and bring smiles to the faces of his audience.

Rooh was born on 28 June 1997 . He spent his early life in Asia. Later, he and his family moved to North America, where Rooh completed his studies. In the start, Rooh faced some difficulties as the culture of Asia and North America were completely different.

Most of Rooh’s followers do not know that he started his YouTube journey in 2010. But he did not upload travel videos or vlogs in 2010. Rooh used to play video games at that time, so he uploaded gaming videos on his channel. He did not get that much through these videos, but he continued to upload videos.

The first video that reached 1000 views was a prank video that he uploaded in November 2017. Rooh was very happy when he got 1000 views on that video, and it motivated him to improve and post more content on YouTube. Due to his dedication and consistency today, he gets 1000 views on his videos in a few hours after uploading them.

The Support Of His Family And Friends

His speedy success in his YouTube career is also due to the complete support of his family and friends. His family always supported him. In an interview, Rooh mentioned that his family allowed him to travel the world at a very young age, which helped him create content for his audience.

Rooh’s all friends are also very supportive and always motivate him and each other to do better. For example, Rooh said that whenever any group member has to make a video, he leaves a message in the group chat. Then the whole group gathers and records the video.

Besides content creation on YouTube, Rooh also loves to travel around the world. He likes to visit different places, cities, and countries. He also loves to explore new places.

Rooh also loves cars. He likes to make changes and modifications to the cars. For example, he makes changes in the speed and other features of the cars.

When Rooh shifted from Asia to North America , he had to experience a completely different culture in Canada. That is the main reason Rooh developed an interest in experiencing different cultures in the world.

In an interview, Rooh also said that he is a computer geek. He spends hours researching different things to stay updated with the new technology. His interest in computers compelled him to spend four years of his life doing IT. Rooh completed his IT degree in Canada from Ryerson University.

Rooh also added that a person must have other career options in his life, which is another reason he did IT. He is also planning on doing a Master’s degree. Even after doing IT, Rooh’s main focus is on creating content for YouTube.

Rooh’s main future goal is to create better content, and he is working on that by learning and practicing. After creating travel vlogs, now, Rooh wants to create something different. That is why he plans on making a short film and is working on the film's script. In an interview, he said that the film is about the generation gap and how it affects the lives of children.

Message For His Audience

Through his videos and interviews, Rooh conveyed the following messages to his audience.

•Rooh always supported and motivated the youth of Asia to work for their dreams. According to him, you can achieve anything in life if you are dedicated.

•Rooh always appreciates his fans. According to him, they motivate him to work harder.