Xander Neff, From Rock Bottom to Creating a Legacy

He always looked on the bright side to every situation, that was until a snowboarding accident took him by surprise in 2012, at 18. Xander was paralyzed from the waist down from a traumatic brain injury. 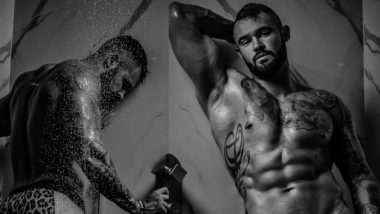 Xander Neff, an owner of modelling agency, whose life story is like one straight out of a movie. But two very unfortunate injuries resulted in the businessman's plunge to rock bottom. At 6ft6 and 245 pounds, this guy was unstoppable. Xander Neff's family lived in Summerville, West Virginia where he grew up in a poor, working family. He, himself having three jobs by the age of 15, which included farm work and maintenance, Lake maintenance and a third job at Dairy Queen.

He always looked on the bright side to every situation, that was until a snowboarding accident took him by surprise in 2012, at 18. Xander was paralyzed from the waist down from a traumatic brain injury. There was no knowing if he would ever be able to walk again. He started taking up physical therapy to attempt to gain back some movement in the lower half of his body. To everyone's surprise, Xander started to walk again, all on his own. As he continued on his journey to full recovery, he decided to join the United States Army in 2013. From there, he graduated at the top tier of his company.

Some time passed and another obstacle came up when he was once again injured. This time during training simulation with a hypermobile lateral meniscus tear. He had no choice but to leave. He had surgery on his knee and in 2016 left the army with an Honourable discharge. Once again Xander was down on his luck and spent 30 days homeless, living in his car. He decided to spread a positive message on Instagram, not thinking much of it. To his surprise, it blew up.

He was contacted about a job with a traveling dance group which landed him in Las Vegas. At one point Xander went on a road trip with a friend who had a photo shoot to attend. The photographer noticed him standing off to the side and gave him a chance to join in, to which he agreed. From there, he ended up in magazines and on book covers. His story inspires many who are facing hardships in life.

Xander pushed through these hard times by remembering why he started in the first place. He always had goals set in place and knew what he wanted. He is a strong believer in self-care. He encourages others to prevent stress by taking time to decompress, step out of the environment, clear your head and get back to work. This will give you a clear head and the ability to successfully problem solve, just as he did in order to get to where he is.

Xander is now the proud owner of a modeling agency called XK Luxury LLC. This company focuses on the vision he set in place when first creating his brand. He wants to make sure that everything under his name is up to his standards and nothing less. He is not going to lower his standings as the best modeling agency in the world.

Xander wants to be remembered for his story of facing every challenge put in his way and coming out a victor. He did all this with a great big smile on his face which motivates and inspires others to never give up on their goals and ambitions no matter how challenging life may get. Anything worth having or dreaming about is worth putting in the hard work for. Handouts and shortcuts create a lazy work ethic, while hard workers create a legacy that will always be remembered for.

With over 200,000 people following him on his social media platforms, he wants you to stay in the loop by following @Xander.fit