He has been inspired by renowned Bengali singer Lopamudra Mitra. Several called his initiative a ‘publicity stunt’ but Bikramjit has clarified that he loves to lift the spirit of the coronavirus-affected patients those who are in isolation. 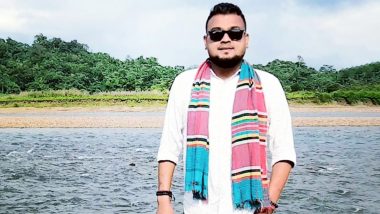 The story of a 33-year-old Silchar-based folk singer Bikramjit Baulia aka Bikramjit Kar is doing rounds on the internet. The young singer is winning hearts as he sings songs over the phone for the COVID-19 patients in order to boost their mental health. Around six days ago, when Bikramjit started his campaign, he took to social media to announce his initiative. He has been inspired by renowned Bengali singer Lopamudra Mitra. Several called his initiative a ‘publicity stunt’ but Bikramjit has clarified that he loves to lift the spirit of the coronavirus-affected patients those who are in isolation.

While speaking with The Hindu, Bikramjit Said, “I have since sung a variety of songs to about 250 people recovering from COVID-19 infection. I have also had to deviate from an array of Bengali folk songs to sing a few Hindi songs for some infected youth in Assam and people from Chhattisgarh, Delhi, Pune, and elsewhere in India.”

Many non-Bengali people are also requesting him to sing some iconic Hindi films songs of Mohammed Rafi and Kishore Kumar. Bikramjit believed that mental health is equally important as medicines to fight against the deadly coronavirus. During his conversation with The Hindu, he said that he had come across people who lost the battle in the mind. So, he decided to “offer musical therapy to keep the infected people, symptomatic or asymptomatic, in high spirits.” He has started this song-on-call service in 2020.

Six months back, he has also opened a small pharmacy and delivers medicines to the home of coronavirus-affected people. He also runs an NGO named Aabeg (Emotion) and last year, it had provided free food for almost 3,000 people. “Let’s not talk about that. Publicity defeats the very cause of social service or donation,” concluded the folk singer.

(The above story first appeared on LatestLY on May 24, 2021 05:35 PM IST. For more news and updates on politics, world, sports, entertainment and lifestyle, log on to our website latestly.com).