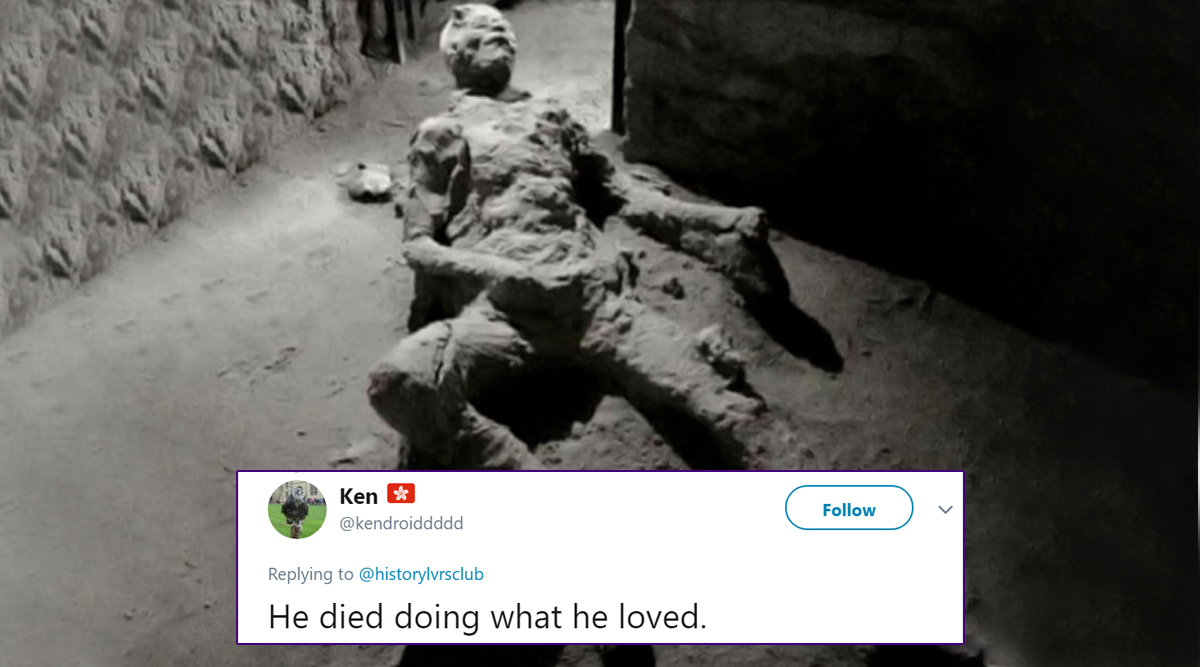 A volcanic eruption of Mount Vesuvius which is located in Italy's Gulf of Naples crippled the city of Pompeii in 79 AD. Over thousands of people were dead under the layers of ash and debris. An excavation took place in the later years and scientists found several remains of people underneath. A photo shared back in the year 2017 is trending on Twitter again. The remain of the man looks like he was masturbating when the unfortunate incident took place and he ended up dead! A Twitter handle happened to share the picture on their timeline and netizens have the funniest reactions. Bizarre Pic of a Croc Shoe Man Wearing Crocs Go Viral, Baffled Twitterati Flood With Funny Memes and Jokes.

Doing What He Loved!

He died doing what he loved.

Instead of coming, he left

What happens in Pompeii literally stays in Pompeii. pic.twitter.com/3uWVlKCZfI

Imagine dying like this to be seen by GENERATIONS after

The truth here, however, is too harsh as revealed by the scientists. In the tragedy, 394 were killed by falling debris of the collapsing buildings. A lot of other people became victims of the superheated gas and ash released from a volcano. Many residents also died of thermal shock. So while the truth is far from what the image actually is, it is again going viral with another interpretation by netizens!