In the now-deleted ten-minute 36 seconds video titled “How 2020 went| Girls Open Speech,” the anchor was seen asking women at the Besant Nagar Beach questions about how they spent last year amid the lockdown rules. One of the remarks has landed the Chennai Talks channel creators in trouble. 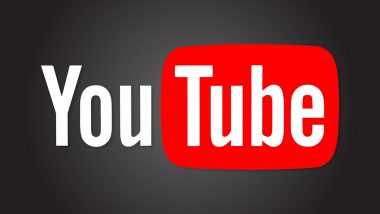 Creators of a Tamil YouTube channel, “Chennai Talks,” have been arrested after their video went viral on social media. The clip in question featured a woman explicitly talking about sex, masturbation, smoking, relations and more. The YouTubers arrest have sparked a debate on the internet, specifically about how such videos are a threat to the culture of the society. Some even went on abusing and slut-shaming the woman on social media. Although the police have not revealed what was illegal about the video, it sure has created a buzz. The Greater Chennai Police booked the three hosts and termed such interviews of women to be “indecent acts” and warned of criminal action against such activities.

YouTube creators have often faced trouble for their content, if not adhered to the principles of the channel. Ajey Nagar, aka CarryMinati, is a renowned example of that whose video, ‘YouTube vs TikTik: The End,' was removed from the platform over YouTube’s harassment and cyberbullying policy. Many of the YouTube creators often face backlash over their content, and the channel, “Chennai Talks,” is no stranger to it. According to reports, few people had earlier raised objections during the channel’s previous recordings. But, the crew continued to record videos and upload them on their channel.

In the now-deleted ten-minute 36 seconds video titled “How 2020 went| Girls Open Speech,” the anchor was seen asking women at the Besant Nagar Beach questions about how they spent last year amid the lockdown rules. One of the remarks has landed the channel creators in trouble. YouTube channel, Chennai Talks anchor, Azeen Batcha, cameraman Ajay Babu and channel owner Dinesh Kumar were arrested by the police, reportedly, under sections, 294 b, 354 b, 509, 506 part 1 of the IPC and part four of the women harassment act.

The Saidapet court remanded the accused to 15 days judicial custody. India Today, noted that the woman featured in the video filed a complaint stating that the show was scripted. She added that the YouTubers assured her about disabling comments in the video, but was shocked to find the clip on YouTube. The viral video shows the woman in a light-hearted conversation on sex, sexuality, smoking and relationships and how the pandemic made things worse when it came to indulging in it.

(The above story first appeared on LatestLY on Jan 14, 2021 01:28 PM IST. For more news and updates on politics, world, sports, entertainment and lifestyle, log on to our website latestly.com).