Martín Ramírez explains how his family survived a tornado, car crash and COVID-19 before they reopened their Mexican restaurant, El Rincon del D.F. The family’s constant struggle stood as a strong symbol of hope and resilience, like many who never gave up even during the most difficult of times. 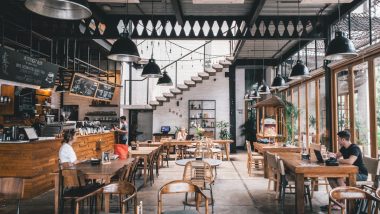 The COVID-19 pandemic that forced governments around the world to lock down their respective economies has spared no country. It seems our everyday life has been put on a hold. While both small and large companies are finding ways to survive, the struggle to remain in the business seems to last longer than anybody might have speculated. During this time, we came across many instances of businesses shutting down or laying off their employees. Amid all of that, is one family in Dallas, who despite major setbacks managed to reopen their business in a pandemic. According to a report, Martín Ramírez explains how his family survived a tornado, a car crash and COVID-19 before they reopened their Mexican restaurant, El Rincon del D.F. The family’s constant struggle is an epitome of hope and resilience, like many who never gave up even during the most difficult of times.

Before Dallas, Ramírez and his family used to live in Mexico. He went through severe hardships, especially after he was shot during a burglary in 1990, which left him unable to walk. Again, the 1994 Mexican Peso devaluation caused a major economic crisis and both he and his wife were left unemployed. It was during that time, when Ramírez’s wife Gloria Chamorro learned to make tortas that became a big hit among visitors. When the family moved to Dallas, they used to sell their yummy recipe, on a rented set up near a gas station. They eventually moved to a bigger location, hoping to expand their business, but their hopes crashed due to a natural disaster.

In October 2019, there was a severe tornado outbreak that affected the South Central and Southeastern United States. “I was in the car with my son-in-law, who is from here and is familiar with the local weather. As he saw the gusting winds and everything blacked out, he shouted at me: ‘This is a tornado.’ We felt it on our heels,” he was quoted by Dallas News as he explained the tragic incident that destroyed their family restaurant. As they canvassed through the destruction, they found themselves in another ordeal—the calls to insurance companies and the process of filing claims.

After a year of the devastation, Ramírez explained how they welcomed customers again. But getting back on their feet has not been easy. In March 2020, when they were about to reopen, the COVID-19 pandemic shuttered the economy, and the repairs were paused. The family tried to reopen in June, but a car crashed into the restaurant, leaving their kitchen destroyed. “And, once again, we had to rebuild it,” Ramírez was quoted stating in the same report. Ramírez’s daughter, Jessica McGregor, and other four adult members of their family began to develop symptoms of COVID-19, which again delayed the process of reopening the restaurant.

At the beginning of October, the property was turned back over to them, and they are now open. The family cut the ribbon on their new restaurant, and customers started to make their big presence again. Take-out orders flood the kitchen, and their phone continues to ring to book the tables or order the most famous tortas along with other Mexican recipes in the menu.

(The above story first appeared on LatestLY on Oct 22, 2020 08:48 PM IST. For more news and updates on politics, world, sports, entertainment and lifestyle, log on to our website latestly.com).