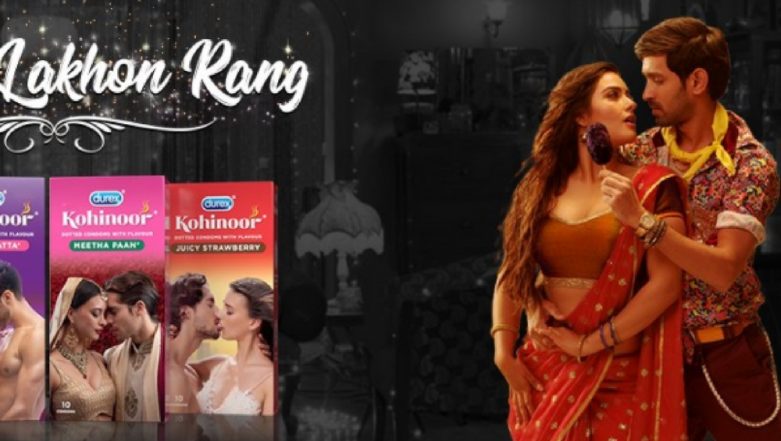 Talk about flavours or their marketing initiatives, Durex is one of the most innovative player in the condom category. After successfully launching their last product DurexAir, which they positioned as a product which will guarantee full satisfaction to people, Durex is back with a bang. The brand has launched interesting new flavours like Meetha Pan and Kala Khatta under Durex Kohinoor, which is an answer to all the sexual fantasies which one can think of.

The brand had chalked out an interesting social media plan prior to the launch of the new flavours. It started with creating noise online, by sharing statistics from the Global Sex Survey, which revealed that 1 in 4 people in India have sex outside their relationships. Using the hashtag #MainAurMeriFantasy, the brand continued to create online chatter by releasing videos on social media (dramatic reconstruction), where people shared details about their sexual fantasies.

As per the Global Sex Survey, 1 in 4 people in India have sex outside their relationships. Why is that? Aisa Kyun?

Durex continued to titillate the audience further by getting in Sexpert Dr. Mahender Watsa, who took over the brand's social media handle to answer queries related to sexual fantasies from the online audience.

Since the conversation around Indian fantasies is getting intense, we’ve got The Sexpert Dr. Mahender Watsa to help you out. #MainAurMeriFantasy pic.twitter.com/wjcZvKgyGt

Friends, time's up! It was great to know that India is high on desires and fantasies. I hope to come back soon to take this session forward. Till then experiment with your fantasies within your committed relationships and keep sexploring :) #AskTheSexpert

What is your favorite roleplay idea? #MainAurMeriFantasy

Watch the Video, where a woman shares her secret sexual fantasy:

It was only revealed towards the end, that the brand was talking about  Durex Kohinoor flavoured condoms, which has introduced a mix of interesting flavours from meetha pan to silky chocolate in their product portfolio. Using the hashtag #IshqKeLakhonRang, the brand has released two videos to talk about their latest range of flavoured condoms.

According to reports, the condom market is approximately Rs 800 crores and is being dominated by Manforce with a 32 percent share, followed by Moods at 12 percent, Skore at 10 percent, Kamasutra at 8 percent, Kohinoor at 7-8 percent and Durex at around 2-3 percent. Considering the fact that condom advertisements on television are banned from 6AM to 10PM, it is really interesting to see that, Durex still manages to think of out-of-the box ideas to connect with their audience.