Is The Video of Breathless Man Going Viral Amid Coronavirus Outbreak From Wenlock Hospital? Here's the Fact Check Behind The WhatsApp Forward 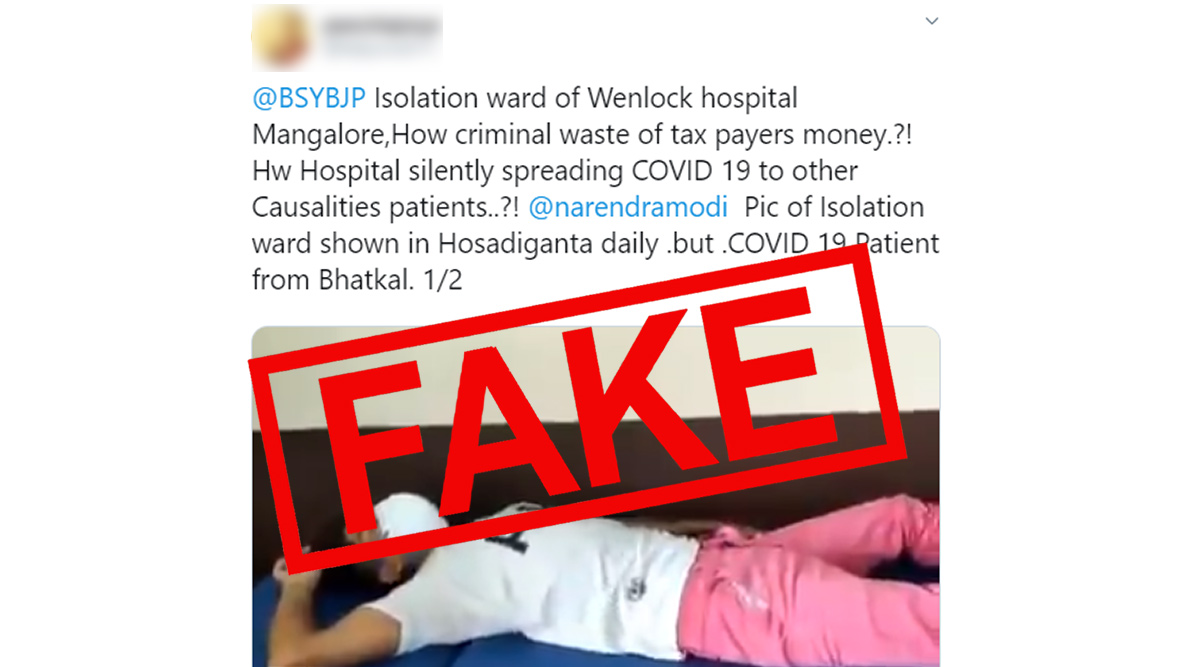 While the whole world is battling coronavirus in self-quarantine and by practising social distancing, there is no lack of misinformation about COVID-19 per se and its cases. WhatsApp is filled with fake messages about alleged "cures" of coronavirus or old videos of people suffering that is being packaged as that of coronavirus patients. Just recently, a video of a breathless person lying on a wheeled stretcher, is being widely shared on WhatsApp. The video is being claimed to be from India. It is being said that amid the coronavirus outbreak in India this video was shot in Mangalore, Karnataka. Fact Check: Essential Shops in Mumbai to Follow Timings Amid COVID-19 Curfew? Police Commissioner Calls WhatsApp Message Fake.

The viral WhatsApp forwards, Twitter posts and Facebook posts have it that the COVID-19 patient in the isolation ward of Wenlock Hospital. Allegations that this was done to spread the coronavirus to other patients in casualty. Check Tweet:

When translated in English, it reads, "Seeing this video of corona virus patient admitted in Banaras, you understand that this is a serious situation, just prevention isn't enough, you must sta away from the crowd and must keep a distance of 1 meter anywhere. Reaquest to people coming out in procession, take this seriously) View post: 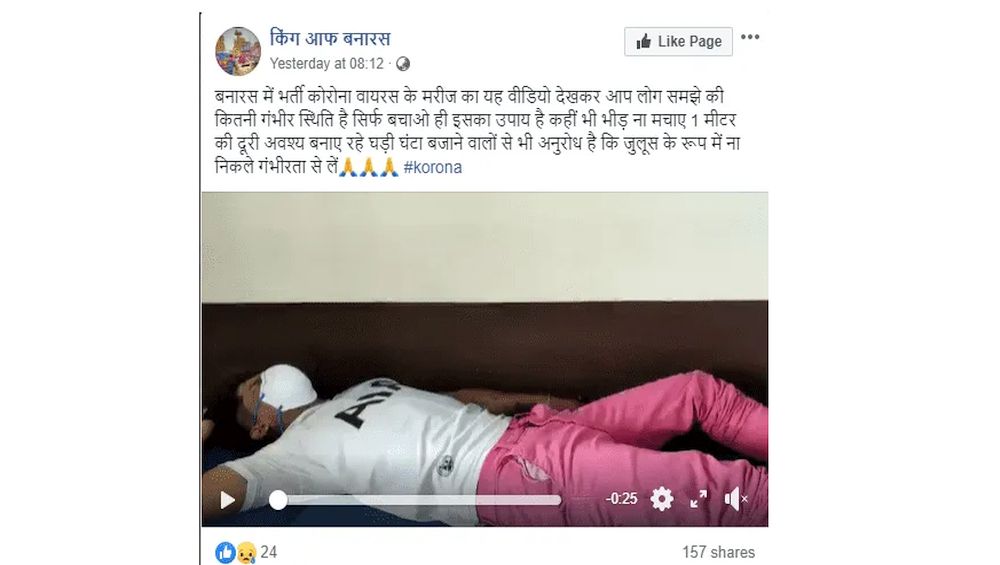 However, a tweet revealed that the video is actually from Ecuador and was initially shared on March 18.  The Twitter user who shared this has "Ecuadorian from Guayaquil. Doctor. Researcher" written on her bio and revealed that the video of the patient was shot at a hospital centre in Valencia city of Ecuador’s Los Rios province. According to her, he was suffering from "acute respiratory distress syndrome." The video began to be circulated in Ecuador and not in Mangalore as per some fake forwards.

According to Alt News, a complaint has been "filed with Mangalore police by the Medical superintendent of District Government Wenlock Hospital seeking action against those who have circulated the videos as of their hospital."

A video of a breathless person lying on a wheeled stretcher, is being widely shared on WhatsApp. The video is being claimed to be from Wenlock Hospital, Karnataka, India.

The video is from Equador and he suffers from acute respiratory illness.