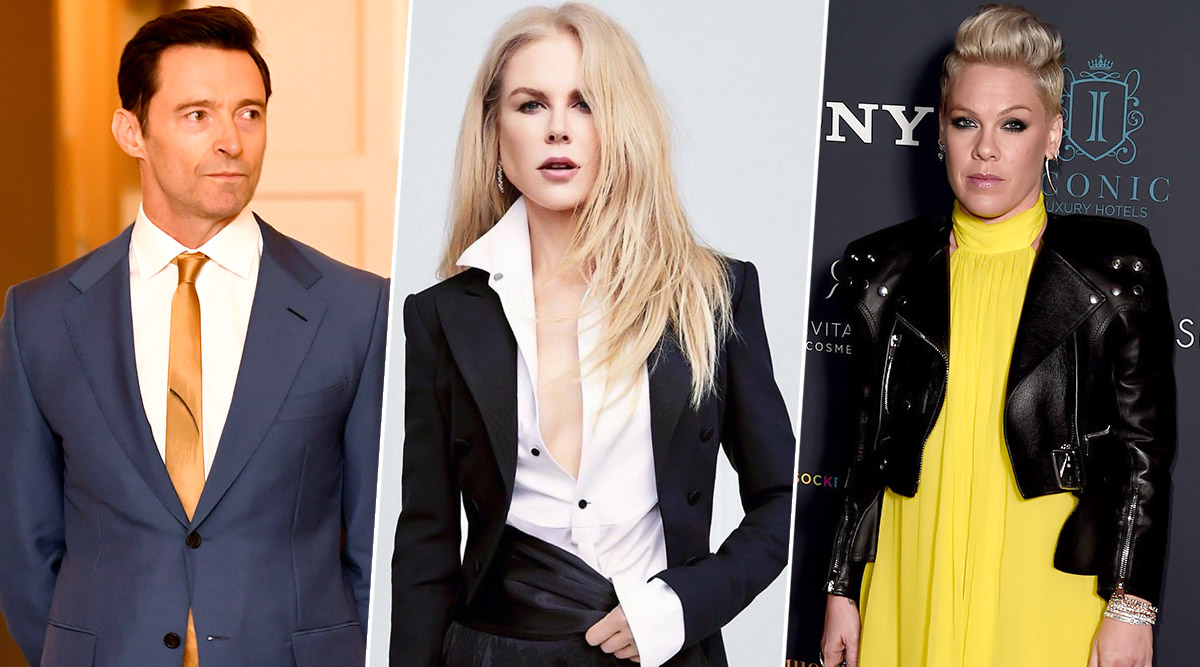 A bevy of Hollywood celebrities like Nicole Kidman, Pink, Hugh Jackman have come out in support of Australia as massive wildfires rage across the country. Celebrities are making donations to organisations that support fire relief and urging their followers on social media to do so as well, reports variety.com. Singer Pink posted a list of organisations that her followers can donate to and pledged to donate $500,000 to the local fire services. "My heart goes out to our friends and family in Oz," she wrote. Raging Wildfires Trap 4,000 at Australian Town’s Waterfront.

Australian native Nicole Kidman shared the same list and added her pledge of $500,000, writing that "our families' support, thoughts and prayers are with everyone affected by the fires all over Australia." "Wolver'ne" star Hugh Jackman shared a picture of with links to organisations receiving donations and captioned it: "How can you h'lp?" "Queer Eye" star Jonathan Van Ness wrote that his "heart has been broken these last days watching the situation deteriorate there... Go to the link in my bio & donate to Celeste Barber's Australia fundr'iser & if you're in a position to donate that would be very much appreicated." 2 Dead, Dozens Injured as Australia Wildfires Raze Homes.

Pink Pledges For a $500,000 Donation For Australia Wildfire

I am totally devastated watching what is happening in Australia right now with the horrific bushfires. I am pledging a donation of $500,000 directly to the local fire services that are battling so hard on the frontlines. My heart goes out to our friends and family in Oz ❤️ pic.twitter.com/kyjDbhoXpp

Our family’s support, thoughts and prayers are with everyone affected by the fires all over Australia. We are donating $500,000 to the Rural Fire Services who are all doing and giving so much right now.

How can you help? Tap on the image for just a few of the organizations who are working tirelessly to fight the bushfires ... to save lives, wildlife and property. #australianbushfires

Actor Nick Kroll teamed with Australian actor and filmmaker Joel Edgerton to raise money for the New South Wales Rural Fire Service to "combat the terrible fires ravaging Australia." Marvel's "Shang-Chi" star Simu Liu tweeted on Friday "a reminder that Australia is on fire and people are voluntarily risking their lives to keep communities and homes safe!" Other personalities such as Sharon Stone, Leonardo DiCaprio, and Ellen DeGeneres, reposted climate activist Greta Thunberg's post about Australia with message of support.