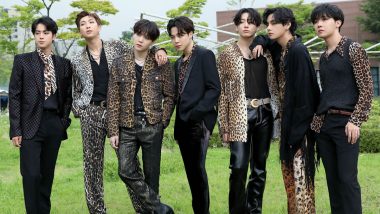 K-pop super band BTS will unveil BE (Essential Edition) next month, and have planned some more surprises for their teeming fan base, widely known as BTS ARMY. After releasing their album BE (Deluxe Edition) in November, the band will unveil BE (Essential Edition) on February 19, reports billboard.com. The latest project will encapsulate BTS' appreciation towards their fans who have stood by them through every milestone. Be it a song release, or getting nominated for Grammys, or even simplest of pictures such as Joonie’s snow ducklings, BTS boys dominate the social media trends.

The album will feature eight tracks that were also on the Deluxe edition. These are "Life goes on", "Fly to my room", "Blue & grey", "Skit", "Telepathy", "Dis-Ease", "Stay" and their chart-topper "Dynamite". BE (Essential Edition) will also feature a few things that are different from the Deluxe Edition. The band has declared that they will also unveil "surprise gifts" for the ARMY before the Essential edition's release. Meanwhile, BTS have received a Grammy nomination in the best pop duo/group performance category for Dynamite, which is their first English language single.

The septet whose full name is Bangtan Sonyeondan (Bulletproof Boy Scouts) or Beyond The Scene, their English branding -- comprising RM, Jin, Suga, J-Hope, Jimin, V and Jungkook -- are nominated for best pop duo/group for "Dynamite" at the Grammy Awards, scheduled to be announced on March 15. "Dynamite" debuted at No 1 on the Billboard Hot 100 in August, making BTS, the first South Korean group to top the chart. The single is also the first song to top both the Billboard Global Exclusive US and Billboard Global 200 charts simultaneously. 'BE' earned the group their fifth No 1 on the Billboard 200 in late November. It was their second album release in 2020, following 'Map of the Soul: 7' in March.

(The above story first appeared on LatestLY on Jan 25, 2021 06:49 PM IST. For more news and updates on politics, world, sports, entertainment and lifestyle, log on to our website latestly.com).