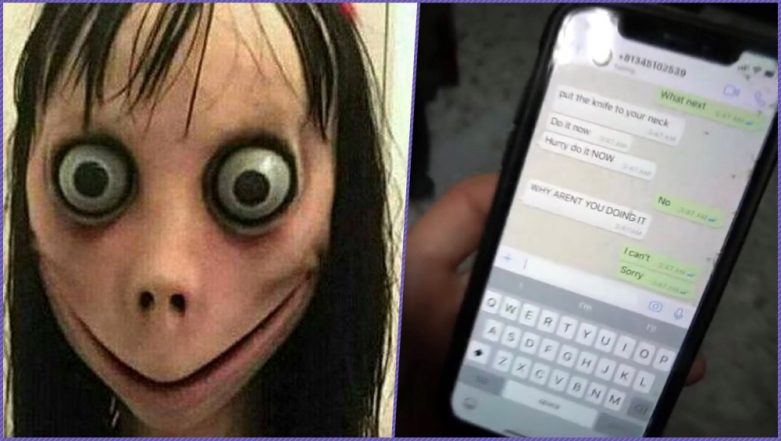 The people on the internet keep coming up with different fads enticing the youth. While the Kiki Challenge saw people take part in dancing on roads, another dangerous game has entered the youth circles. The Momo Challenge is very similar to Blue Whale Challenge, where the person is blackmailed with one task after another. The Nagpur police have now issued an advisory to warn parents about the dangerous game.

The Momo Challenge too drives children to commit suicide, directed by a ghastly-looking character Momo. The avatar starts threatening that if one doesn't complete the task, their loved ones would be harmed. The Blue Whale Challenge posed children with one dare after another, the last level asking to kill themselves. Police have asked parents to observe the child's behaviour and communicate with them often. Momo Suicide Challenge on Whatsapp: What Parents Can Learn From The Blue Whale Challenge And Keep Their Children Safe.

Check out Nagpur Police's tweet about the Momo Challenge:

Momo suicide game risking your teens after #Bluewhale . The Momo game refers to an online challenge for which an avatar of a grotesque woman is being used. Pay close attention to your kid's behavior and have open communication with them. pic.twitter.com/974gWKbxQn

The seriousness of this game was realised when a 12-year-old girl from Argentina fell prey to these threats and committed suicide. The game started over Facebook where people exchanged numbers and then came on WhatsApp with children chatting with the character Momo. Forget Kiki and Momo Challenge, Here are 5 Positive Social Media Challenges You Should Actually Take Up.

The game may not be so popular here but it is important to watch out what the children are up to. With an easy access to mobile phones and the internet, it becomes much more important to keep an eye on the children, who get lured into such games.