Now You Can Party at Railway Platforms! Indian Railways Will Let You Rent Vadodara Stations

The decision to generate revenue out of the deserted platforms was taken by the National transporter. 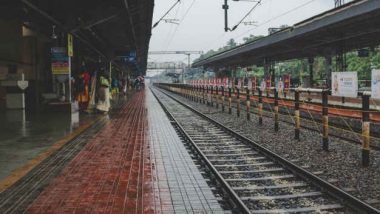 The Indian Railways has been making major changes to their services for the ease of the customers. The digital wave transferred a lot of its operations online. From encouraging passengers to book tickets through their website (irctc.co. in) to tieing up with companies for better customer experience, an array of changes have been brought. Among their plans were also expanding station's platforms, building new connecting skywalk, etc. In what looks like the latest of their plans, station platforms may soon be given on rent for social gatherings and parties.

In a first of its kind, the Vadodara division of Indian Railways has decided to unused platforms to people for organising various functions. With the new rule, it seems, railway platforms will soon witness receptions, exhibitions, birthday parties and more! As per reports, the decision to generate revenue out of the deserted platforms was taken by the National transporter. While the decision was taken in August last year, it could not be implemented then due to security issues.

Currently, the platforms that fall under Vadodara division of Indian Railways including Makarpura, Vishvamitri and Bajva in Vadodara will be available for the gatherings. The parties will be organised depending on the train timings and other terms and conditions laid out by the Indian Railways. Only platforms on which trains do not pass for up to three hours will be rented out to people. The move is a part of the initiative to generate revenue for some platforms at stations in Vadodara which run empty for hours together.

(The above story first appeared on LatestLY on May 23, 2018 11:34 PM IST. For more news and updates on politics, world, sports, entertainment and lifestyle, log on to our website latestly.com).