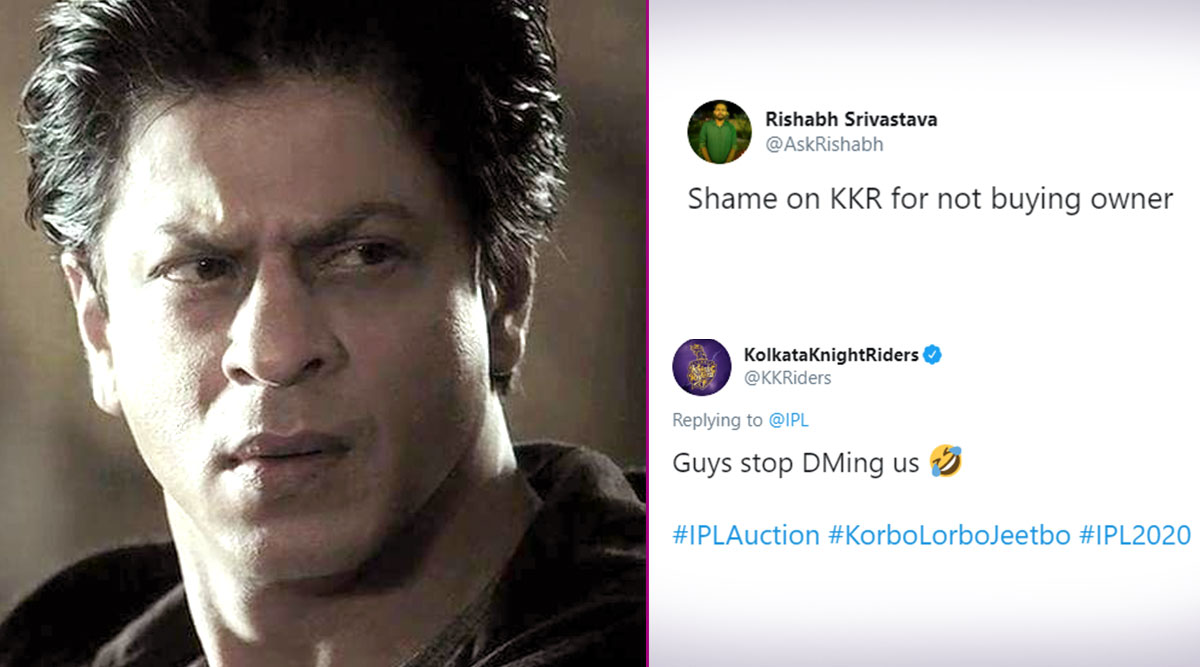 The IPL Auction for season 13 of the tournament was held yesterday and a total of 62 players were picked by the eight franchises. There were some great biddings that were seen here with Australian all-rounder Pat Cummins as the most expensive buy for Rs 15.50 crores by Kolkata Knight Riders (KKR). He has become the most expensive foreign player in the history of IPL. But there was another reason why KKR became one of the highlights of the evening, as a player named Shahrukh Khan had no takers. Actor Shahrukh Khan is one of the owners of the franchise, so when official IPL Twitter account tweeted about Tamil Nadu player by the same name, going unsold, funny memes and reactions started pouring in. The tweet of Shahrukh Khan unsold was going viral because of the funny reactions and memes made on the actor. IPL 2020 Player Auction: Funny Memes Go Viral as Australia Players Pat Cummins, Glenn Maxwell and Aaron Finch Earn Big!

Shahrukh Khan is a young cricket player from Tamil Nadu and he, unfortunately, had no takers at the IPL 2020 auction. The moment the announcement was made, even Rajasthan Royals took a chance to troll their competitors KKR. The official Twitter account of Indian Premier League was also sharing all updates on their social media and they tweeted, "Shahrukh Khan goes unsold." And netizens were quick to make memes on the actor and share their funny reactions. IPL 2020 List of Players Sold and Unsold At the Auction, Check Team-Wise Cricketers Bought in the VIVO Indian Premier League 13 Auctions.

Shame on KKR for not buying owner https://t.co/TkuTrVbxAw

Many fans of the actor tweeted that the actor's value is such that he cannot be sold. There was some definite confusion with the name while others just found it fun to troll.