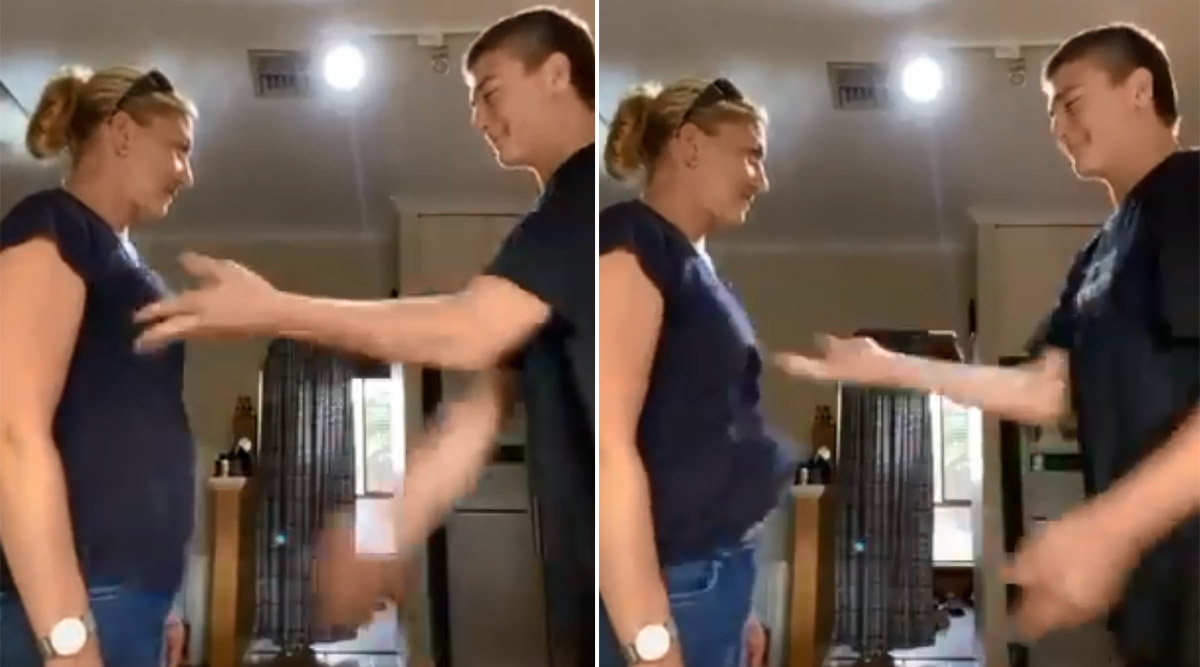 TikTok world is getting crazier and weirder with each passing day. Don’t ask why! It only seems like they can go to any extent to make their content go viral. If you thought the cereal and testicle taste buds challenges were weird, prepare yourselves for something weirdest. A teenager posted a video of himself, slapping his mom’s breasts for TikTok stunt. They both laugh together as the video ends. The clip reportedly has been removed from TikTok, but not before it was pirated and uploaded to Twitter. At the time of writing this, the video garnered about 4.5 million views, and the comment section reveals that Twitterati is unimpressed by the teen’s stunt. Cereal Challenge Goes Viral on TikTok With Teens Eating the Breakfast Food From Each Other’s Mouth.

The teenager is identified as 17-year-old Aiden Ridings. He filmed himself standing opposite to his mother as the 2008 hit Undercover Martyn by Two Door Cinema Club plays. The boy dances to the tune before hitting one breast after the other in quick succession in time with the beat. Nothing can make you more comfortable than the viral TikTok video. Guys on TikTok Coat Their Testicles in Soy Sauce and Claim They Can Taste It.

“hey mom, would it be cool if i slapped your titties?” pic.twitter.com/QsHyYCgbo2

Netizens were unimpressed. After it was uploaded on Twitter, people flood the comment section expressing their disgust over the viral video.

Everyone On the Internet!

TikTok is infamous for its self-indulgent and often dangerous stunts. And the above video seems to have gone too far. But one cannot deny the above prank is less hazardous than Cha-Cha Slide and Skull-Breaker challenges, which has currently worried people across.