Twitter Creep Asks Woman to 'Send Pic in Bra'! Her Savage Reply To The Pervert Is Blowing Minds on Social Media 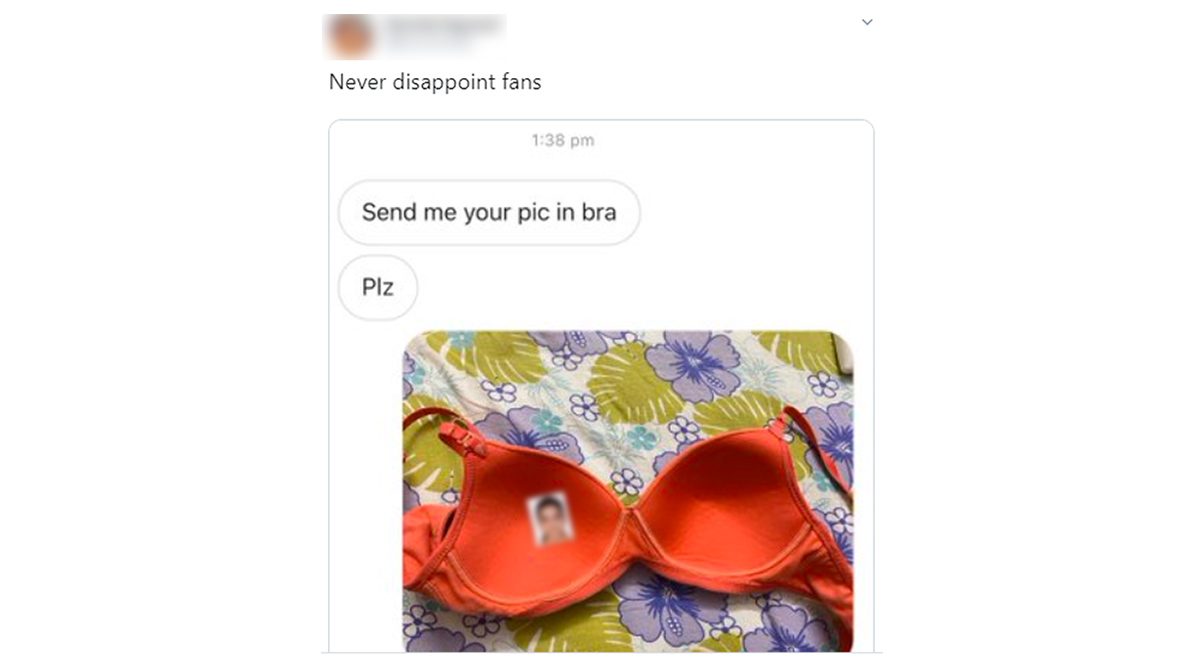 All the women on the internet will agree to this that it is really annoying when random men on the internet ask for pictures of our boobs or any other form of nude. Not only is it a criminal offence to harass women like that by asking them to send pictures of them without their consent but also it is very distasteful to open your DMs to see unsolicited messages from random people. However, this woman on social media answered on such creepy dm in the most savage way! Aanchal Agrawal who goes by the handle name @awwwnchal on Twitter answered a man who wanted to see "her pic in bra" in the most epic way and we cannot keep calm! Guy Asks Pune Police For Woman's Phone Number, Their Savage Response is Winning The Internet (Check Tweets).

Aanchal shared the screenshot of the dm on Twitter and captioned it with, "Never disappoint fans"! In the screenshot, you can see that as the man asks her picture in a bra she takes a picture of a bra laid with her passport size picture placed in it. Her sarcastic answer is winning hearts on Twitter. Guy Thinks Women Don't Get Periods at Night Because The Body Shuts Down, Woman's Tweet Goes Viral.

People appreciated the woman's reply and couldn't stop LOLing. "Reminds me of a time when a guy infiltrated a girl's WhatsApp in college and sent bra pics request to everyone and my roommate legit sent a pic of her bra nicely spreadout on the bed", someone wrote. "What was his reaction? Face with tears of joy Blocking isn't an option, trolling them is an better way to deal such kinda people," another comment read.