Unbelievable! Young Ayurvedic Doctor Brings Back Late Father in a Silicone Statue Form, Gets Married in Front of It (View Pics)

A young ayurvedic doctor from the Mysuru district has done the unbelievable, by creating a statue of his father who passed away during Covid in silicone for his marriage ceremony. 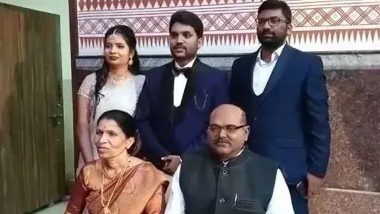 A young ayurvedic doctor, who lost his father to Covid, has brought him to life during his marriage ceremony held in Nanjangud town in Mysuru district. He got a silicon statue of his father done to fulfil his late father's wish of attending his marriage. The video and photos of the marriage ceremony have gone viral on social media. Kin Carry Patient on Stretcher to Doctor's House as He is Absent at C'garh Hospital

Yathish, an ayurvedic doctor, lost his father M.H. Ramesh to Covid in 2020. Ramesh is survived by his wife and two sons. The family was closely attached and shared a great bond with him. All marriage rituals were conducted before the silicon idol and the gesture by the family of the young doctor has been appreciated by people from across the state. 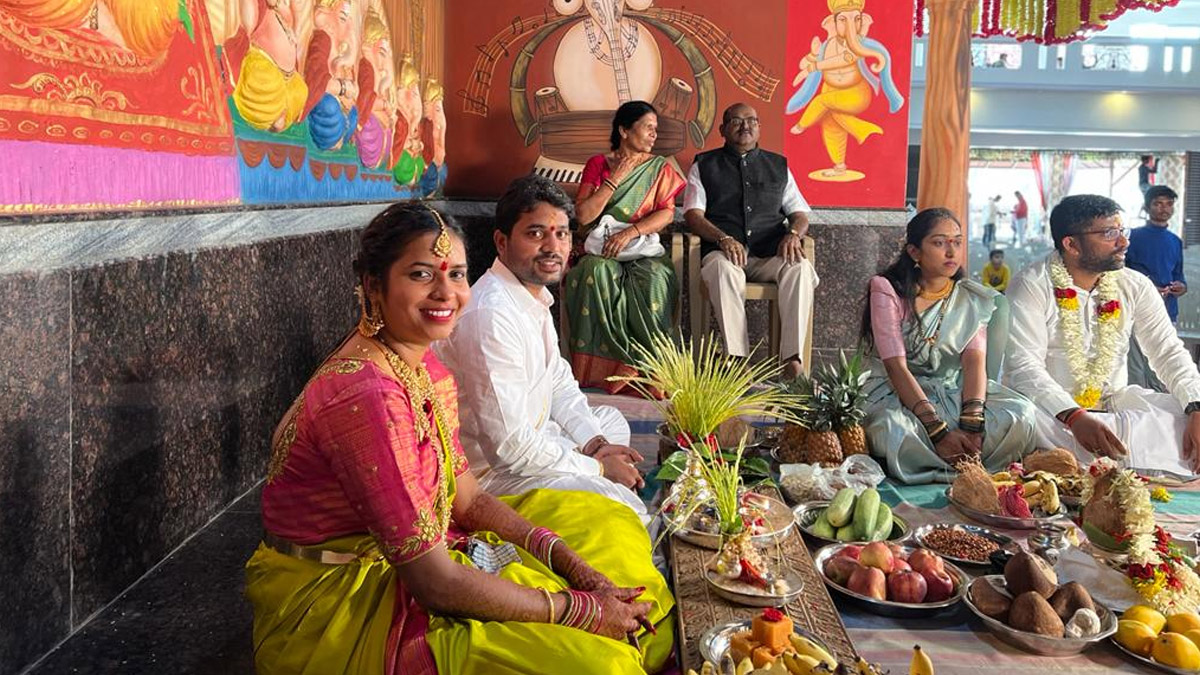 Pavan, the elder son of Ramesh, said, "We should have got it done during the time of my marriage. However, it was not possible due to Covid. This time, during my younger brother's wedding, we finally got the statue made." Yathish explained that it took about 1.6 years to build the silicon idol of his father. Surgeons' Timely Intervention Saves Hand of Covid Positive Youth. 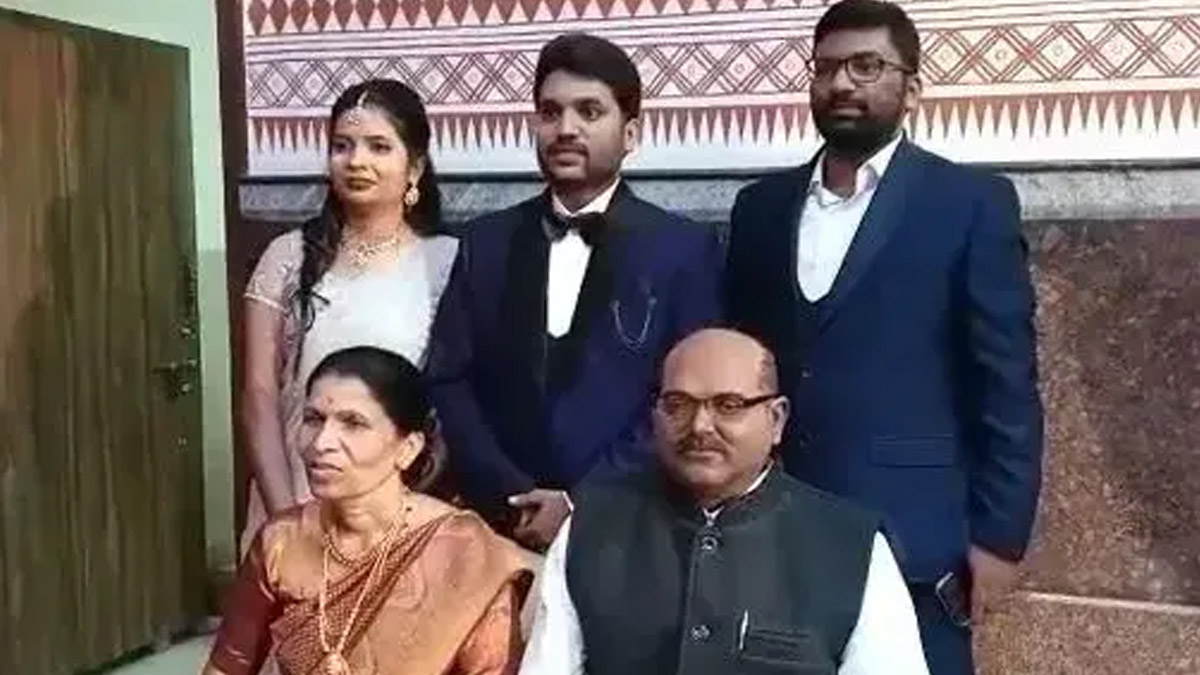 He remembered that the family lived together during the Covid pandemic. "We lived together for six months. Later, my father got infected. He was hospitalised for 15 days before we lost him," he said.

The order for the statue was placed in 2021 and it was delivered on May 2, 2022. "We can't forget him. We feel that he is with us. He should know that his wishes are fulfilled. That's how we got this done," he said.

(The above story first appeared on LatestLY on May 10, 2022 11:13 AM IST. For more news and updates on politics, world, sports, entertainment and lifestyle, log on to our website latestly.com).