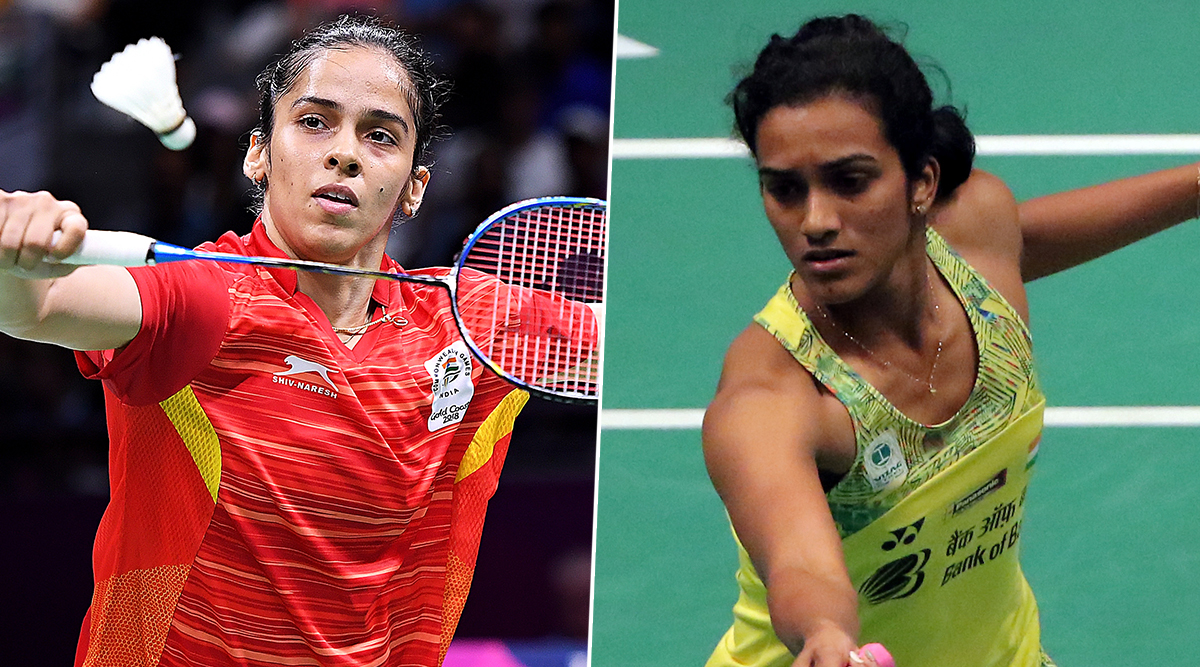 Kuala Lumpur, January 8: Top Indian female shuttlers P.V. Sindhu and Saina Nehwal cruised into the second round of the women's singles event after registering victories in their first-round games while male shuttlers Sai Praneeth, Kidambi Srikanth and Parupalli Kashyap had a horrid start to their 2020 season as they crashed out in the opening round of the Malaysia Masters.

Rio Olympic silver medallist Sindhu, seeded sixth, didn't have to work too hard in her contest as she defeated Evgeniya Andreevna Kosetskaya of Russia 21-15, 21-13 in just 35 minutes. Malaysia Masters 2020: Parupalli Kashyap Crashes Out; PV Sindhu Cruise to 2nd Round.

Saina also sailed into the next round after registering a convincing win over Belgium's Lianne Tan. Saina, the London Olympics bronze medallist, beat Tan 21-15, 21-17 in 36 minutes in what was their maiden appearance against each other.

In the men's singles, Parupalli Kashyap suffered a 17-21, 16-21 loss to Japan's Kento Momota in the contest lasting for 33 minutes. Praneeth made a first round exit after suffering a 11-21, 15-21 defeat to Denmark''s Rasmus Gemke in 46 minutes.

Srikanth, on the other hand, lost his second seed encounter to World No.2 Taiwan''s Chou Tien Chen 17-21, 5-21 in a match that lasted for only 30 minutes. This was his fifth consecutive loss against Chou.