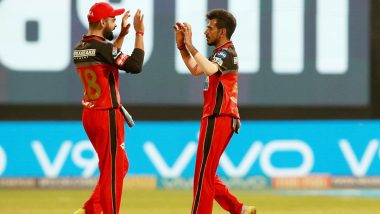 On the occasion of World Lion Day 2020, the official Instagram account of Royal Challengers Bangalore (RCB) compared their skipper Virat Kohli to a lion. Sharing a split image of the talismanic batsman and a lion, the Bangalore-based franchise wrote: “Spot the differences, because we are not able to”. With Kohli being regarded as one of the best batsmen ever, the comment section of the post was filled with praises as fans backed the 31-year-old to do well in Indian Premier League (IPL) 2020. However, when Kohli’s RCB teammate Yuzvendra Chahal came across the post, he showcased his cheeky sense of humour and left a hilarious comment. RCB Squad for IPL 2020 in UAE: Check Updated Players' List of Royal Challengers Bangalore Team.

“Difference hmm in first pic with clothes and in 2nd pic without clothes,” wrote the leg-spinner in the comment section. Fans were left in splits seeing Chahal’s antics as they joined in the fun with him. Chahal, who recently got engaged with YouTuber Dhanashree Verma, has been very active on social media in recent times and is often bagging headlines with his antics. On this occasion, his target was Virat Kohli and he didn’t leave the opportunity to pull his captain’s leg. Have a look. Virat Kohli Shares Emotional Video of His RCB Journey, Says ‘Loyalty Above Everything.

Spot the differences, because we are not able to. 🦁 #PlayBold #WorldLionDay

A post shared by Royal Challengers Bangalore (@royalchallengersbangalore) on Aug 10, 2020 at 1:46am PDT 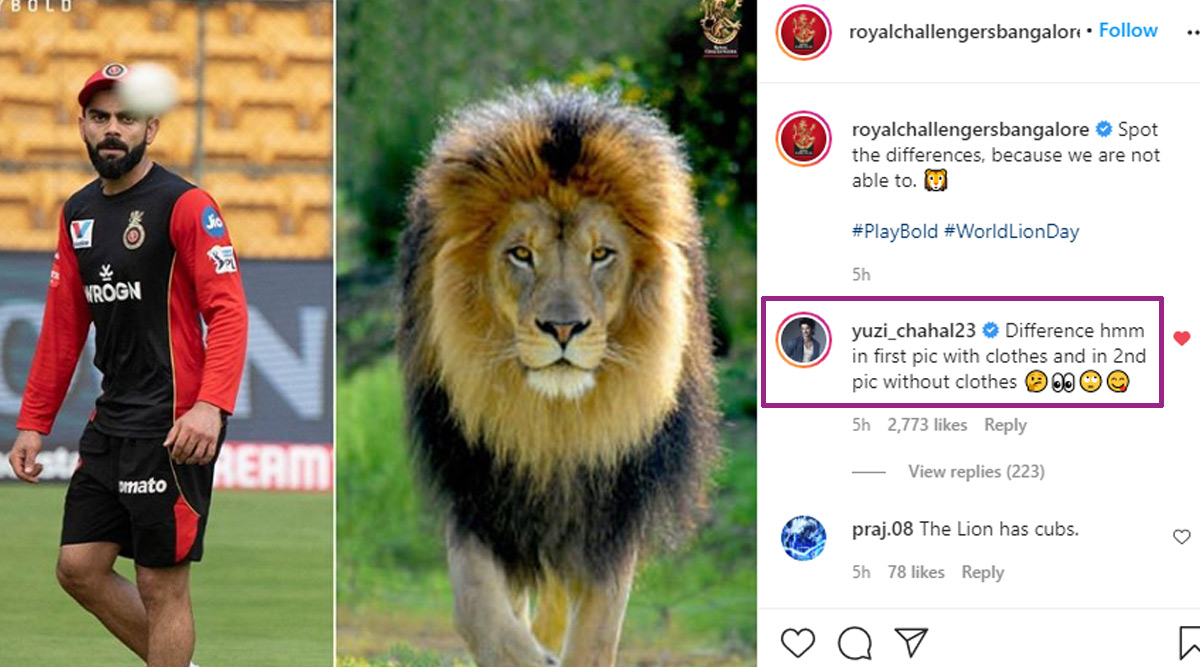 Meanwhile, the upcoming edition of IPL will get underway on September in UAE. Virat Kohli and Co haven’t been able to lift the title once in the previous 12 seasons and will like to end their drought this time around. With the tournament being played in UAE, RCB will have to tackle a different challenge and it’ll be interesting to see if they’ll be able to rise to the occasion or not. Notably, many cricket experts like Aakash Chopra and Brad Hogg have also backed the Virat Kohli’s men to lift the cup in UAE.

(The above story first appeared on LatestLY on Aug 10, 2020 03:41 PM IST. For more news and updates on politics, world, sports, entertainment and lifestyle, log on to our website latestly.com).