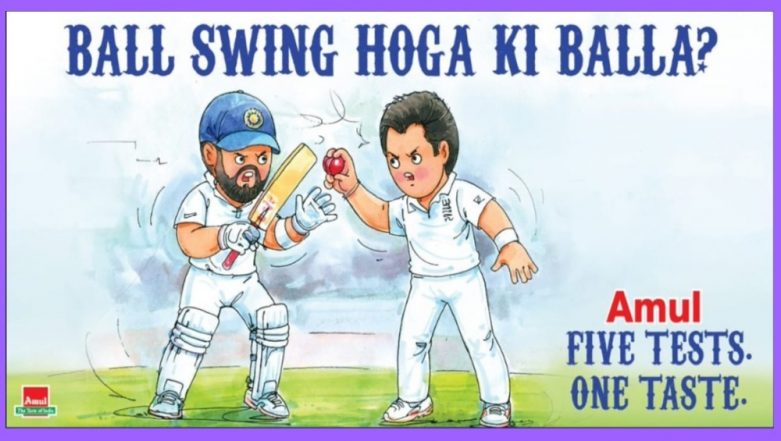 India take on England in an enticing five-match Test series, which starts from August 01 onwards at Edgbaston. The Tests series is often the most interesting part of India’s England tout and this year it is no different. India come into the series ranked as number one Test side and if they have to stamp their authority on the numero uno spot, then the Virat Kohli-led side will have to dish out a solid performance to unnerve the home team.

The series could well turn out to be decisive in Kohli’s already impressive career. Last time, India faced England in England in Tests, Kohli failed miserably. In ten innings the right-handed batsman managed to score just 134 runs at an average of 13.40. Kohli’s main cause of struggle was his weakness outside the off-stump. England’s bowling spearhead James Anderson during the 2014 tour exploited Kohli’s weakness and often accounted for his wicket.

The India captain no doubt has improved since then and has scored Test centuries on Australia and South Africa tours. Meanwhile, as India look set to face England, Amul’s latest topical has given us a sort of preview. The topical talks about the possible battle between Kohli and Anderson. Ahead of IND vs ENG 1st Test, Here’s a Quick Recap of the Last Four Test Series Between the Two Teams in England.

Amul’s topical comes with a caption “Ball Swing Hoga Ki Balla” and has a tagline which reads, “Five Tests One Taste.” Besides the description, the graphics part has India captain Kohli facing off England coast bowler Anderson. Though the famous Amul girl is missing!

The Test series is being contested after the limited-overs fixtures. India won the three-match T20I series 2-1 while England walked away with honours in the three-match ODI series.  Virat Kohli Can Dethrone Steve Smith As No 1 Ranked Test Batsman! But Bhuvneshwar Kumar Has Better Batting Record Than His Captain in England.

Meanwhile, England have announced their playing XI for the first Test. The home side have left out Moeen Ali and included Adil Rashid in his place. The playing XI also features 20-year-old pacer, Sam Curran, apart from Stuart Broad and Anderson.