The pitch is expected to provide some help to the slow and spin bowlers but it would not be difficult for batsmen to score runs as the outfield is pretty quick. Australia and South Africa battle each other on this strip in search of a good start to their T20 World Cup 2021 campaign. 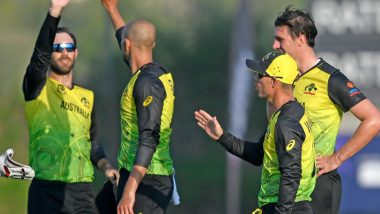 Australia and South Africa would take on each other in the first game of the Super 12 stage in Abu Dhabi on Saturday, October 23. The match, which is to be played at the Sheikh Zayed Stadium has a scheduled start time of 3:30 pm. This is one of the most important clashes in Group 1 of the Super 12 and the outcome of it can determine the semifinal qualifications from this group. South Africa have had major names missing out from their T20 World Cup 2021 squad but have looked solid so far in both their warm-up games, winning both of them, something that is going to give Temba Bavuma a lot of confidence on his side going into this clash. Australia on the other hand, have some issues to deal with. Opener David Warner looks to be in terrible form, something that resulted in him being dropped by his IPL franchise Sunrisers Hyderabad. However, with a new tournament and fresh challenges ahead, the Aussie camp would bank of the big-hitting left-hander to regain his form. AUS vs SA Preview: Likely Playing XIs, Key Battles, Head to Head and Other Things You Need To Know About T20 World Cup 2021 Match 13

Captain Aaron Finch too was dismissed pretty cheaply against India in a practice game and he would look to get going as well. Their middle-order however, looks solid with Steve Smith coming back to form and Glenn Maxwell in good touch. For the Proteas, Rassie van der Dussen's century in the practice game against Pakistan would give their side a great boost ahead of the Super 12 stage. They would expect him to carry on in a similar manner but at the same time, be wary of the threat that the Aussie bowling can bring. 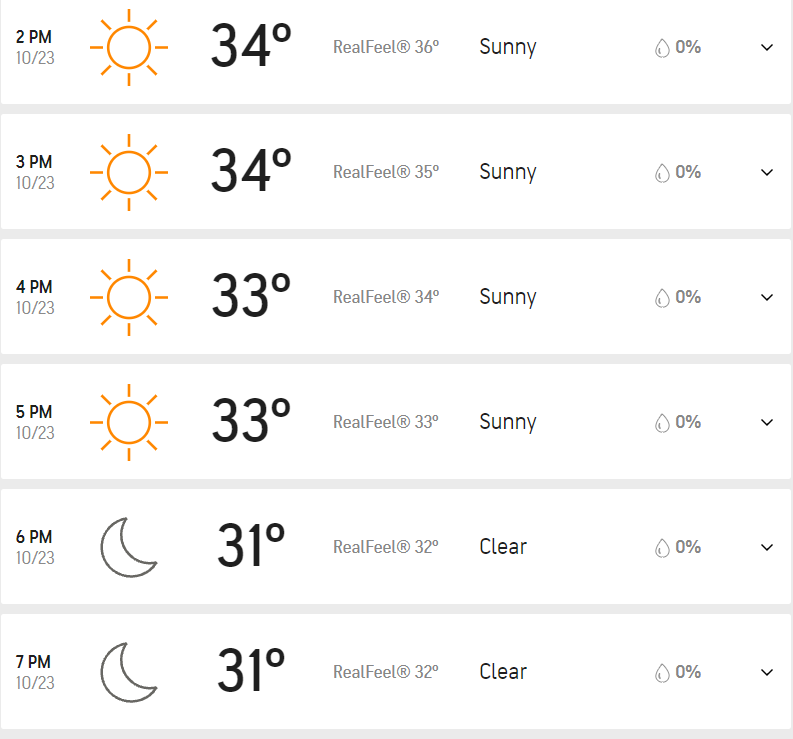 Expected weather in Abu Dhabi at the time of the AUS vs SA clash (Source: Accuweather)

As seen above, the weather during the match is expected to be quite alright. But however, it can get really hot out in the middle since it is an afternoon game and the side which fields first would have a tough time as they would be requiring hydration once in a while. Having said that, there seems no likelihood of rain or any other weather-related interruption with the skies remaining clear for the game. The temperature is likely to be around 31-33 degrees celsius.

The pitch at the Sheikh Zayed Stadium would offer help for the spinners and as seen in the recently-concluded edition of IPL 2021, batsmen are likely to find it easier to play shots freely once they get in. The outfield is pretty quick so there would be value for runs and a first-innings total of 160-170 can be a defendable one if bowlers hit the right areas.

(The above story first appeared on LatestLY on Oct 22, 2021 05:18 PM IST. For more news and updates on politics, world, sports, entertainment and lifestyle, log on to our website latestly.com).