Australian kit from the ICC Men’s Cricket World Cup 1999 is set to make a reappearance during the next season. 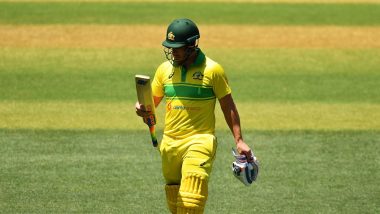 Dubai [UAE], Feb 28: Australian kit from the ICC Men’s Cricket World Cup 1999 is set to make a reappearance during the next season. Cricket Australia, the national governing body for the game in Australia, had invited fans to pick their all-time favourite kit, with the most popular response inspiring the team's one-day international kit for the 2019-20 summer, ICC reported.

The poll started with seven classic Australian kits from the 20th century and one from the early 2000s, four of which were eliminated after the first round of votes. Kits from the 1992 and 1999 World Cups, the lightning bolts from 1992-94 and the blue stripes from 1999-2001 progressed to the next stage.

The final clash was between the 'lightning bolts' and the World Cup 1999 kit — distinctive pattern of green 'shooting stars' on yellow, the latter was the overwhelmingly popular choice by 67 per cent of voters. Australia lifted the World Cup 1999 after defeating Pakistan by eight wickets in the final. The side went onto win three 50-over World Cups in a row.