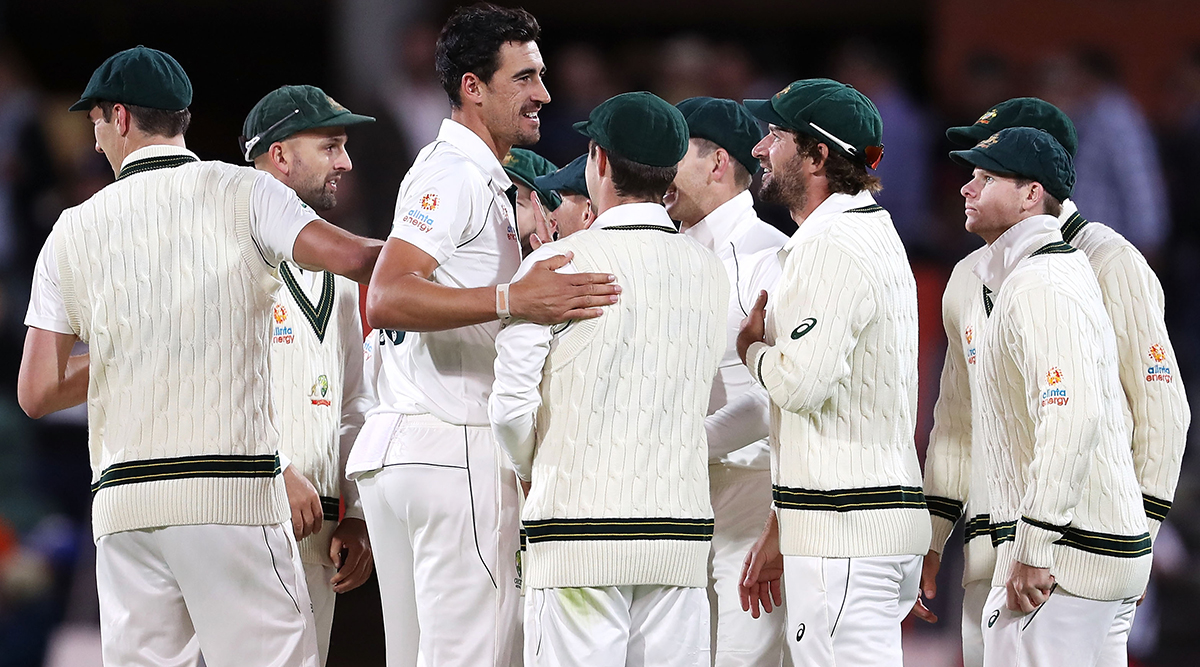 Day 4 of the 1st Australia vs New Zealand could well decide the fate of the match and the game is in its end part and the Aussies are firmly placed on the driver’s seat. At stumps on the third day, the hosts were batting at 167/6, taking a massive lead of 417 runs. They will certainly eye to give a target of at least 500 runs to the Black Caps in order to tighten their grip over the match. Meanwhile, you can scroll down to check out the live scorecard and ball to ball update of Day 4 of AUS vs NZ 1st Test. Australia Vs New Zealand, Live Cricket Score 1st Test Match - Full ScoreCard.

Earlier in the match, Tim Paine won the toss and invited their Trans-Tasman neighbours to bowl first. Riding on his good form, Marnus Labuschagne scored his third consecutive century and powered his side to 416 runs in the first innings. In reply, Kane Williamson and Co were dented by Mitchell Starc’s thunderbolts and were packed for 166 runs. In the third innings, the Aussies have extended their lead over 400 runs and the Kiwis will certainly have a jolting total to chase down. Australia Vs New Zealand, Live Cricket Score 1st Test Match.

Mattew Wade and Pat Cummins will come out to bat for Australia on Day 4 and are likely to go all guns blazing in order to guide the host to a massive lead. On the other hand, the duo of Tim Southee and Neil Wagner will eye to wrap the tail as soon as possible to minimize the damage. Nevertheless, New Zealand will still have a huge target and they need to put on an extraordinary effort in order to avoid the inevitable.