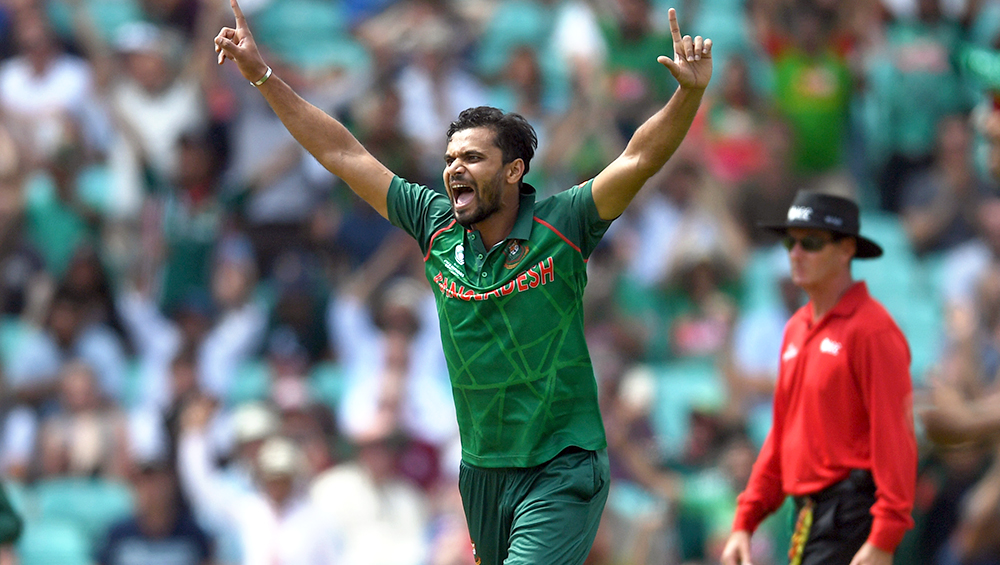 Dhaka, February 23: Mashrafe Mortaza returns as captain of the Bangladesh ODI squad while two debutants will feature in their first two ODIs against Zimbabwe. Mohammad Naim and Afif Hossain have been included in the 15-man squad that was announced by the Bangladesh Cricket Board (BCB) on Sunday. "It is great to have Mortaza back as his experience and leadership is vital to our one day cricket. Shaifuddin is also key to the team's balance," said BCB National Selection Panel chairman Minhajul Abedin.

BCB chief Nazmul Hossain had said earlier that the Zimbabwe series will be the last one to feature Mashrafe as captain of the Bangladesh ODI side. "We had to make certain adjustments in the last ODI series we had played in as a number of cricketers were unavailable due to various reasons but I am happy that we now have a fit pool of players to select from," said Abedin. Mashrafe Mortaza Extends Support for Shakib Al Hasan, Says ‘He Will Lead Us to 2023 World Cup’.

Najmul Hossain Shanto, Liton Das, Al-Amin Hossain, Mohammad Saifuddin and Shafiul Islam all make return to the Bangladesh ODI squad. "Shanto's current form in international and domestic cricket gets him into the team while Naim and Afif are also part of our long term plan for the shorter version."