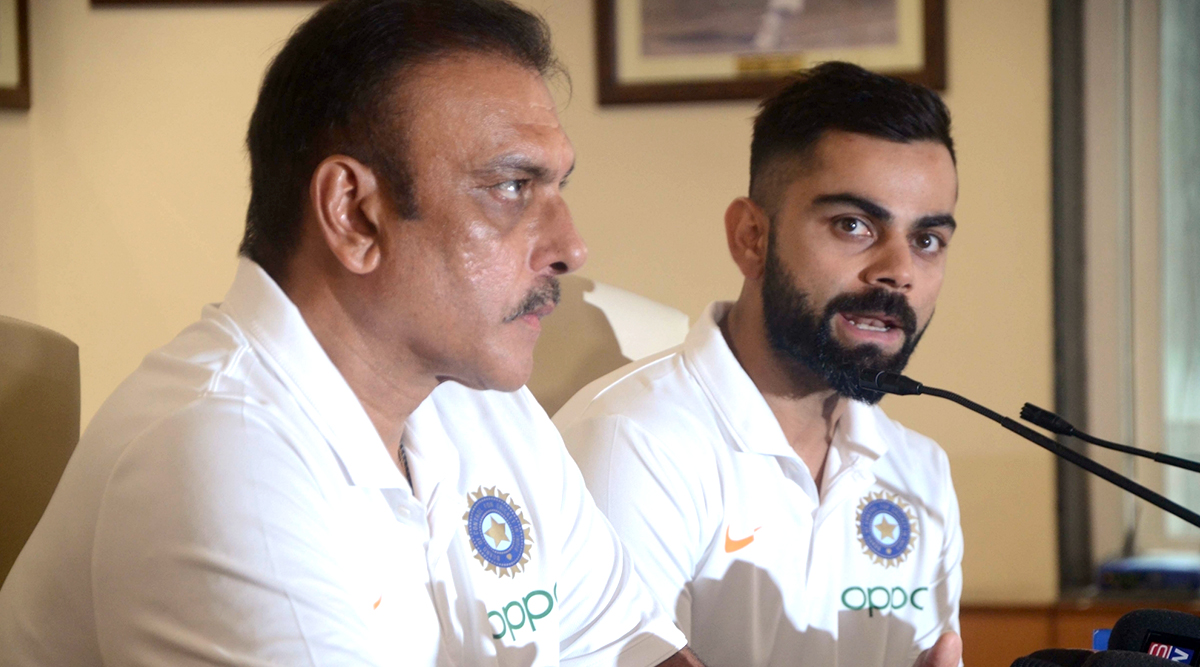 New Delhi, January 10: The ICC cricket committee is set to discuss the idea of four-day Test matches, but it will, in all likelihood, get a red flag from the Board of Control for Cricket in India (BCCI) as the Indian board is set to stand with skipper Virat Kohli and coach Ravi Shastri. Both the captain and the head coach of the team have made it clear that they want the traditional format to not lose its sheen by turning from a five-day affair into one of four days. Speaking to IANS, a BCCI official said that while the board will discuss the matter with Cricket Australia and the English and Wales Cricket Board (ECB) around the BCCI awards on January 12 in Mumbai, the board is clearly in support of skipper Kohli and coach Shastri.

"See, it is only right that you discuss these matters and we will do the same with CA, ECB and Cricket South Africa. But as things stand now, we are on the same platform as our skipper and coach and don't see much sense in cutting Test cricket to four days from the conventional five. In fact, it is not just our captain or coach, you have also heard the likes of Joe Root (English captain) and Faf du Plessis (South Africa skipper) make their opinions clear on the matter. It might be an option for the lower ranked teams, but not when two big teams clash. Tradition can't be toyed with," the official pointed. ICC to Consider Making Four-Day Tests Compulsory From 2023.

Kohli made his opinion clear on the eve of the opening T20I between India and Sri Lanka in Guwahati and said: "According to me, it should not be altered. As I said, the day-night is another step towards commercialising Test cricket and you know, creating excitement around it, but it can't be tinkered with too much. I don't believe so.

"You know the Day-Night Test is the most that should be changed about Test cricket, according to me. Then you are purely only talking about getting numbers, entertainment and you know. I think the intent will not be right then because then you will speak of three-day Tests. I mean where do you end? Then you will speak of Test cricket disappearing.

"So I don't endorse that at all. I don't think that is fair to the purest format of the game. How cricket started initially, and you know five-day Tests was the highest of tests you can have at the International level."

Shastri also called the idea nonsensical. "Four-day Test is nonsense. If this goes on we may have limited-overs Tests. There is no need to tamper with five-day Tests. If at all they want to tamper then let the top six sides play five-day Tests and the next six be allowed to play four-day Tests.

"If you want to preserve Tests then let the top six play more against each other. You have the shorter format to popularise the game," he told News18. While the meeting of the Big Three is set to take place next week and will see discussions on the ICC's proposal of 4-day Tests, it looks unlikely that the BCCI will budge from the stance taken by skipper Kohli and coach Shastri.