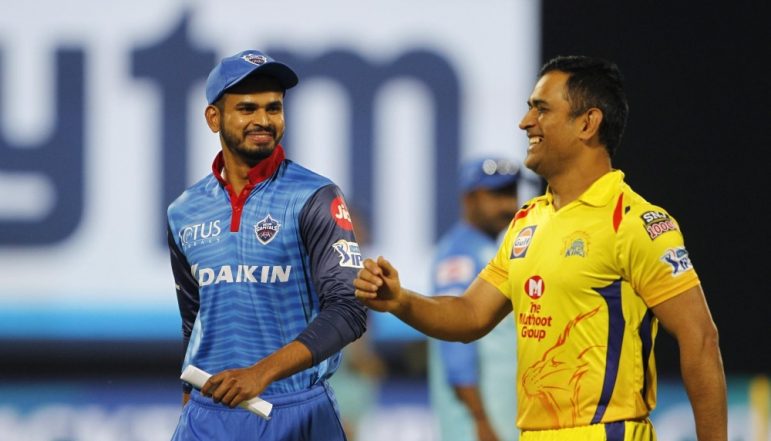 Delhi Capitals defeated Sunrisers Hyderabad in a close contest to set up a Qualifier 2 against defending champions Chennai Super Kings. It has been an amazing year for the Capitals under the management of Ricky Ponting, hitting new highs after years of underachieving. The Chennai Super Kings were swept aside by the Mumbai Indians in the last game and they would have learned a lot from their mistakes. Both teams have a brief idea about each other’s strength and weaknesses, so it is just about executing their plan better. In terms of head to head, Delhi Capitals have played Chennai Super Kings 20 times with DC winning 6 and CSK 14. Let us have a look at the results of their last five encounters. Chennai Super Kings vs Delhi Capitals Live Cricket Score Qualifier T20 Match.

A poor chase by Delhi let the hosts CSK register an 80-run win in a fairly one-sided contest. DC were after a target of 180 set by the Men in Yellow after some brilliant batting by Suresh Raina and MS Dhoni but folded for 99. Imran Tahir picked up 4 wickets and Ravindra Jadeja chipped in with 3 to help their team dominate.

Delhi batting first managed 147/6 at the end of twenty overs which is a tricky score on the slow turning Kotla wicket. But a fine batting effort from CSK saw them get over the line led by MS Dhoni and Shane Watson. Dhoni did not look his usual self with a strike rate of below 100 but remained unbeaten in the end to see off Delhi’s challenge. CSK vs DC, IPL 2019 Qualifier 2 Match Preview: Delhi Capitals to Fight for Final Berth Against Chennai Super Kings.

In their last meeting, it was the Delhi bowlers led by Trent Bout and Amit Mishra who emerged as the stars as they restricted CSK to 128/6 in pursuit of a target of 163. Vijay Shankar and Harshal Patel added quick runs for Delhi in their batting to reach to 162/5 which looked difficult at one stage when the lost half their side for 97.

Shane Watson and MS Dhoni batted brilliantly for CSK and helped them post a score of 211 in their quota of twenty overs. Dhoni needed only 22 balls to reach 51 runs while Watson hammered a 40 ball 78. In reply, the Delhi Daredevils were in the game thanks to Risabh Pant’s 79 runs but after his dismissal, it was just a formality. DC vs SRH IPL 2019 Eliminator Stat Highlights: Rishabh Pant Special Helps Delhi Capitals Set Up Qualifier Clash With CSK.

India’s pace spearhead Zaheer Khan gave away only 9 runs in 4 overs and picked up two key wickets to restrict Chennai to a paltry 119/6. The Delhi Daredevils chased down the score with ease thanks to Shreyas Iyer’s knock of 70 and Yuvraj Singh chipping in with 32 runs.

Chennai will have no second chance this time around when it faces Delhi who have already triumphed in a knockout game.