Dale Steyn Reacts To Jos Buttler’s Use of Cuss Word During South Africa vs England 2nd Test 2020, Says ‘That Was Loud and Clear’ 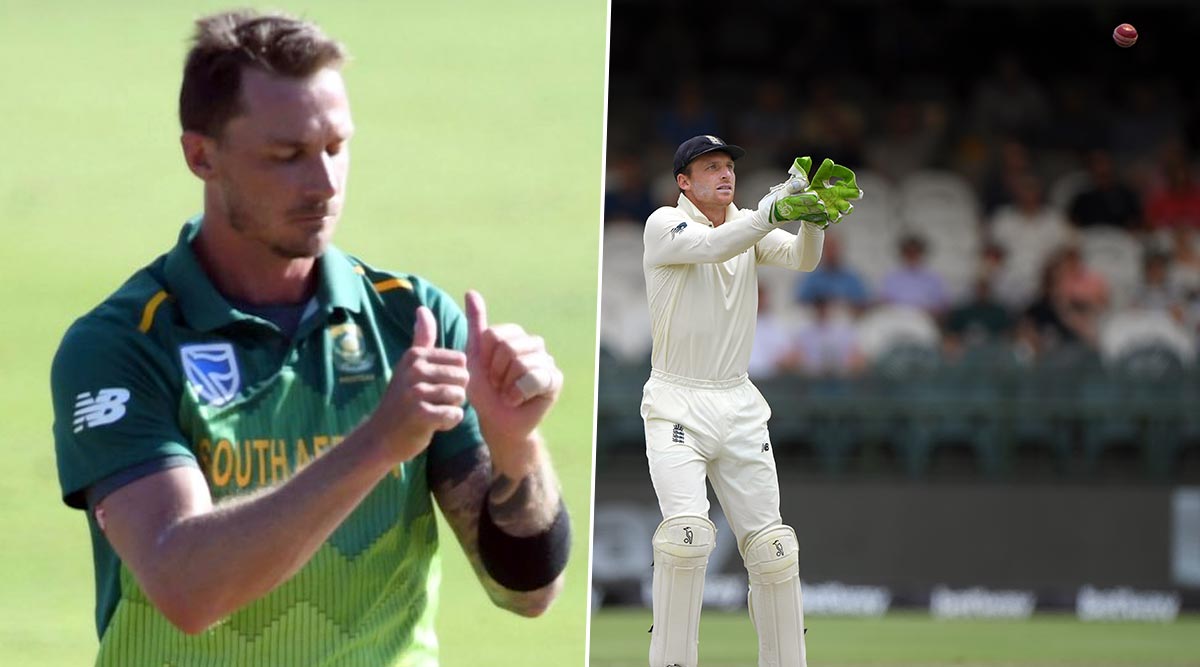 The second Test match between England and South Africa at Newlands in Cape Town was certainly a nail-biter in which the former team, eventually, emerged victorious by 189 runs. Many crunch moments were witnessed in the match whose fate was decided in the final session of the clash. Along with the tight contest between the red cherry and the willow, however, the game will also be remembered for Jos Buttler’s use of a cuss word. During the fifth day of the match, the English wicket-keeper used an appropriate word and is also facing a lot of criticism. The incidence, even, grabbed the attention of Dale Steyn, who said the Buttler’s words were clearly audible. Jos Buttler May Face Fine For Abusing Vernon Philander With 'F' Cuss Word During SA vs ENG 2nd Test Match (Watch Video).

“Well, that was loud and clear.” wrote the legendary pace bowler on his official Twitter page. The incidence took place in the 127th over of the last innings of the match when Buttler and Vernon Philander got involved in a verbal spat and the former used the cuss word which was clearly caught in the stump mic. Well, the wicket-keeper could find himself in hot waters after the ugly incidence and is likely to get fined from the International Cricket Council (ICC). Well, the cricketer got a lot of from the cricket lovers and Steyn also decided to put up his view on the incidence. South Africa vs England, 2nd Test 2019-20 Match Result: Ben Stokes Shines in ENG's Win Over Proteas.

Well, that was loud and clear. https://t.co/Mr7ZftfUUg

Speaking of the match, Ben Stokes was the standout performers for the visitors as he scored 72 off just 47 balls in the third innings before scalping three wickets to guide his side over the line. With this victory, England have squared up the series 1-1. The third match will get underway on January 16 at the St George's Park in Port Elizabeth.