The T20 World Cup 2021 was a very memorable one with Australia turning up to claim their maiden ICC title in the shortest format of the game. While fans are yet to recover the cricket fever, let us take a look at LatestLY’s Team of the Tournament. 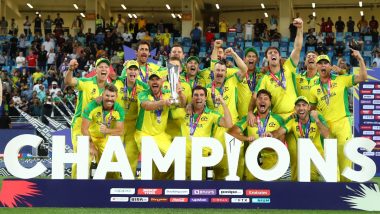 The T20 World Cup 2021 is done and it was a fantastic period of intense cricketing action coupled with some emotional moments on the field. After 45 entertaining games, it all boiled down to Australia and New Zealand who battled it out in the final. And Aaron Finch's Australia side walked home with the top prize, winning their first T20 World Cup title and doing so, in emphatic fashion. Apart from both these sides, there were other players who did exceptionally well and although all of them were not able to win some silverware, they surely did leave an indelible mark in the competition, something that cricket fans would relive and cherish for a long time to come. Mitchell Marsh’s Old Video Where He Says, ‘Most of Australia Hate Me’ Resurfaces After Aaron Finch’s Side Wins T20 World Cup 2021 Title

Based on performances in the T20 World Cup, take a look at Latestly's Team of the tournament. No Indians feature in this list as Virat Kohli's team did not perform well in the competition, losing two important Group 2 matches to crash out of the semifinal race. 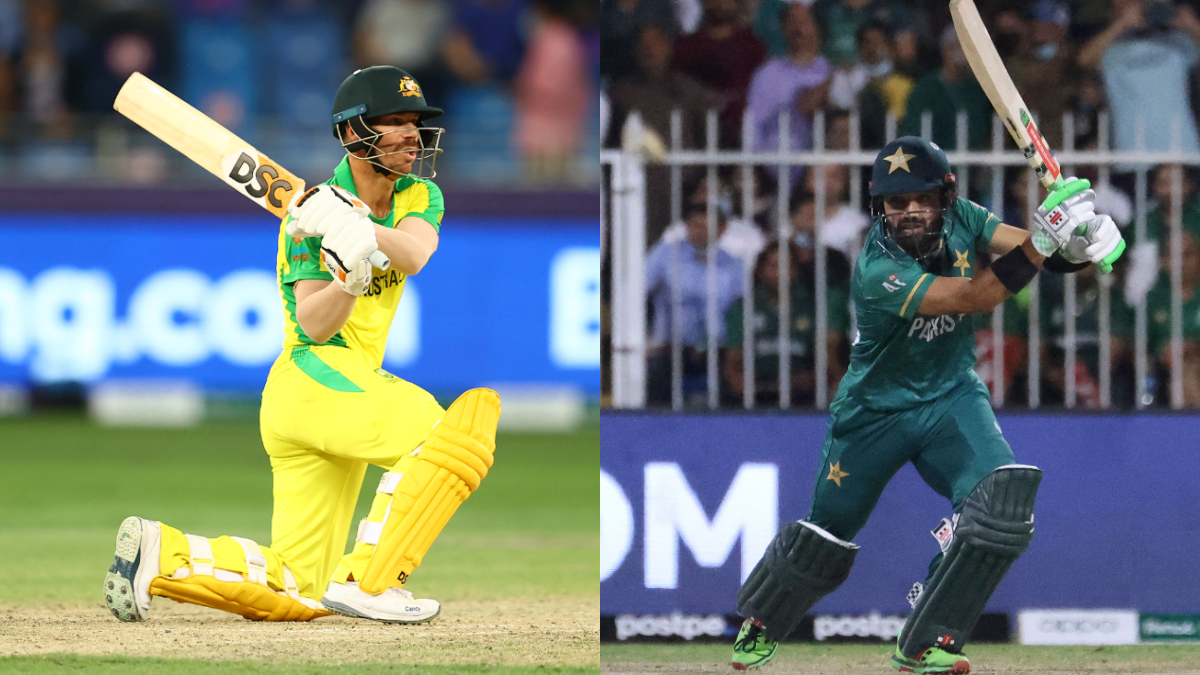 This opening duo might have featured on several fantasy teams and well, it would indeed be a serious attacking pair right at the top. Warner, coming on the back of a poor IPL season where he was dropped, showed why he is reckoned as one of the modern-day greats in T20 cricket. He slammed 289 runs in seven matches, with an average of 48.16. He was instrumental with the willow especially towards the end of the Super 12 stage and played game-changing knocks in the semifinal and the final. And his partner would undoubtedly be the dynamic Mohammad Rizwan, who has been stellar at the top of the order for Pakistan. He became the first batsman to score more than 1000 T20I runs in one calendar year. In terms of spirit, he has been a fighting player, battling sickness days before the semifinal to turn up with a fifty against Australia, albeit in a losing cause. Australian Captain Aaron Finch Highlights That Dressing Room Turmoil Is a Thing of Past After T20 World Cup 2021 Win 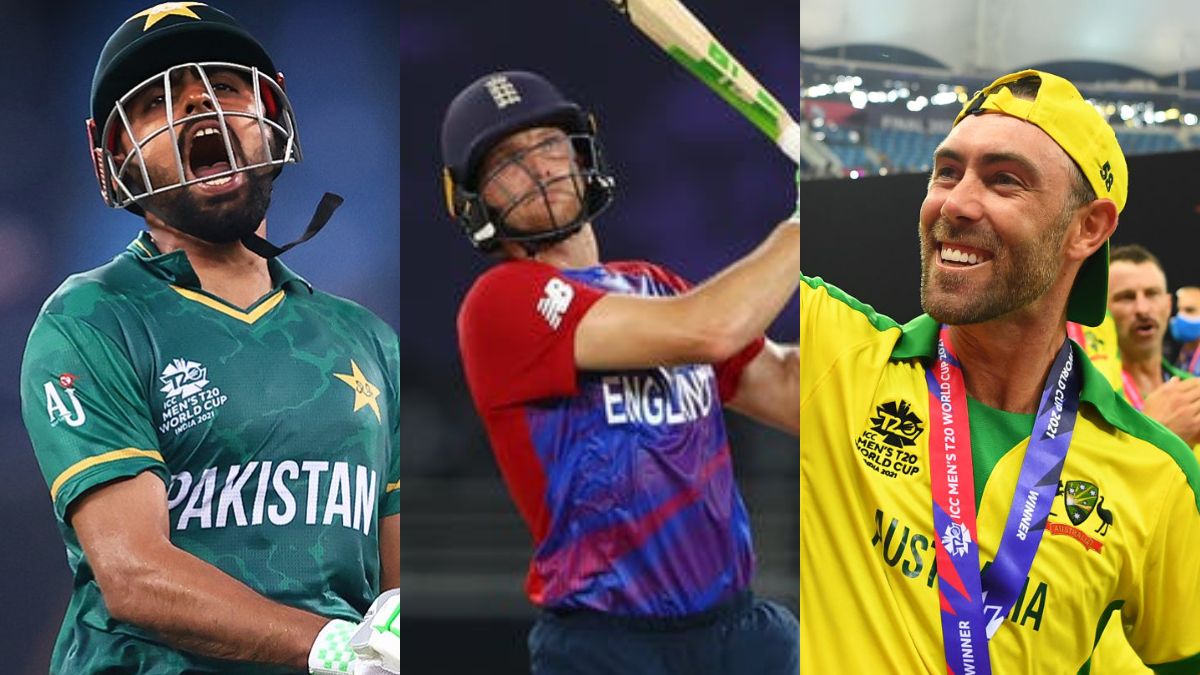 Number three and the Middle-order:

England wicketkeeper-batsman Jos Buttler would come in at three and given the fact that he missed out on an opening slot, this position would naturally belong to him. The right-hander was phenomenal at the top of the order for England, scoring a hundred and ending as the fourth-highest scorer of the competition with 269 runs from six games. Babar Azam, the captain of this side would be batting at number four. The Pakistan captain, playing his first T20 World Cup, ended as the highest run-getter with 303 runs from six innings. He was instrumental in leading his side to five wins in the Super 12 stage, making Pakistan the only team to not lose a match in their road to the semifinals. Glenn Maxwell would slot in at number five. The man who hit the winning runs for Australia would once again be crucial in this batting position, given the fact that he has the ability to accelerate the pace of an innings and clear the fence at will. 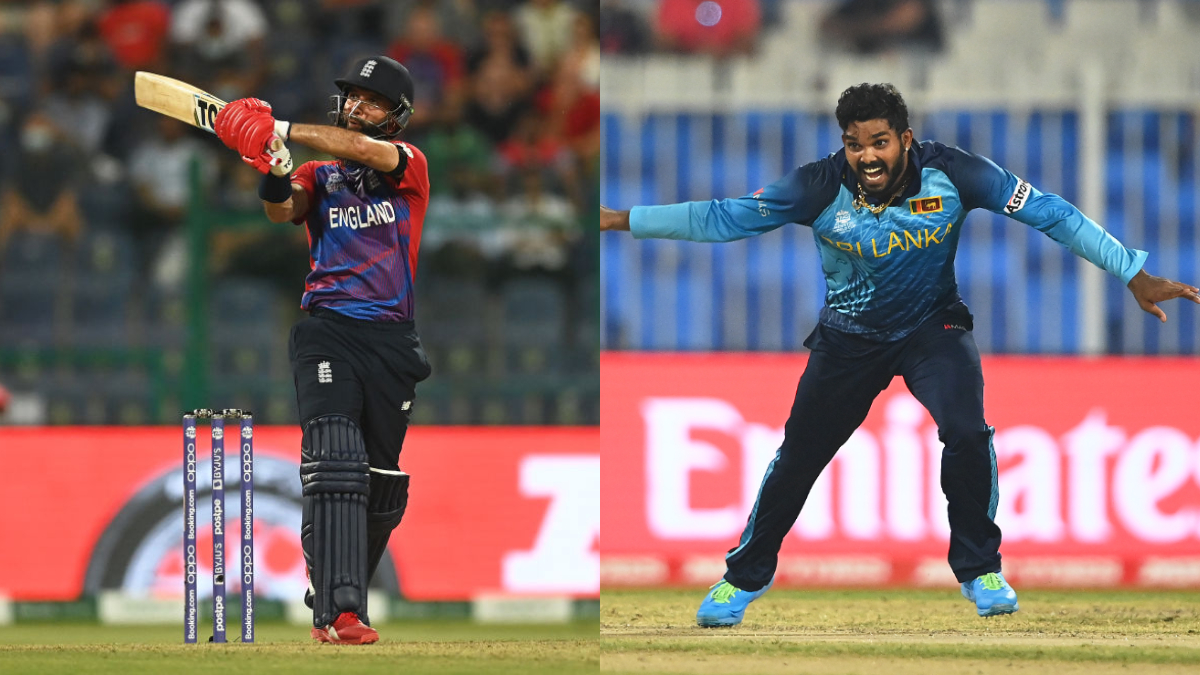 The all-rounders in this team would be Moeen Ali and Wanindu Hasaranga. Moeen Ali has been crucial with the ball, especially with England skipper Moeen Ali using him in the powerplay. He also scored handy runs in the middle-order, the most memorable of them being a crucial half-century against New Zealand in the semifinal. Hasaranga meanwhile, has been a solid performer for Sri Lanka. He not only ended as the highest wicket-taker with 16 wickets but also scored 119 runs in five games. 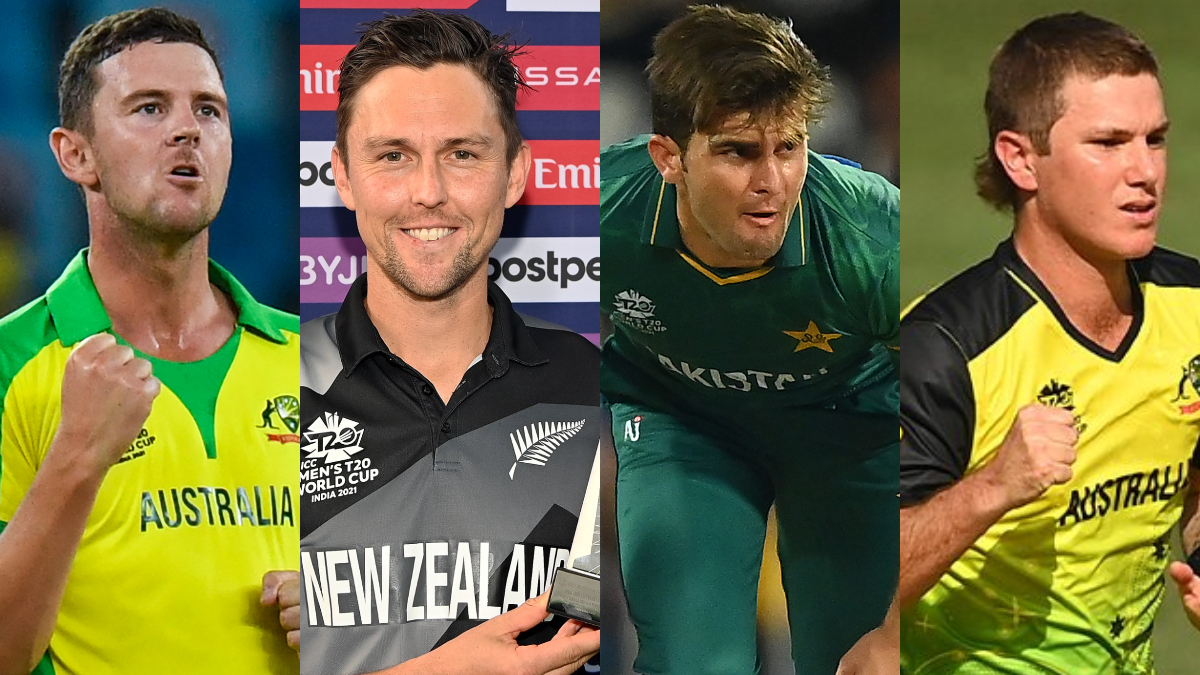 The bowling attack of this team would be led by Josh Hazlewood. The right-arm speedster has been one of the reasons for Australia's success in the T20 World Cup 2021. He carried on with his good form from the title-winning IPL 2021 and delivered once again, this time for his nation. He took 11 wickets in seven games and bowled well in the final where he conceded 16 runs and took three wickets. He would be accompanied by Trent Boult who was exceptional with the new ball. The Kiwi left-arm pacer ended with 13 wickets, the joint-second highest of the competition. He too bowled well in the final against Australia, taking the wickets of David Warner and skipper Aaron Finch while conceding 16 runs in his four overs.

Shaheen Afridi is a name world cricket would not forget for a pretty long time now. The left-arm speedster set the tournament on fire with a Man of the Match display against India and has never looked back since. He, unfortunately, conceded three consecutive sixes to Matthew Wade in the semifinal but that does not change the fact that the youngster was one of the most important members of Pakistan's bowling attack. Afridi took seven wickets in six games.

Adam Zampa quietly, had one of the best tournaments by a leg-spinner. He bowled well especially in the middle overs and the highlight of his performances was a five-wicket haul against Bangladesh in a Group 1 game. The leggie ended with 13 wickets including one in the final and he had to make this list.

The Proteas pacer too had a good tournament with nine wickets from five matches in the Super 12 and it was unfortunate that South Africa, despite winning four Group 1 games, could not make it to the semifinals.

(The above story first appeared on LatestLY on Nov 15, 2021 08:48 PM IST. For more news and updates on politics, world, sports, entertainment and lifestyle, log on to our website latestly.com).