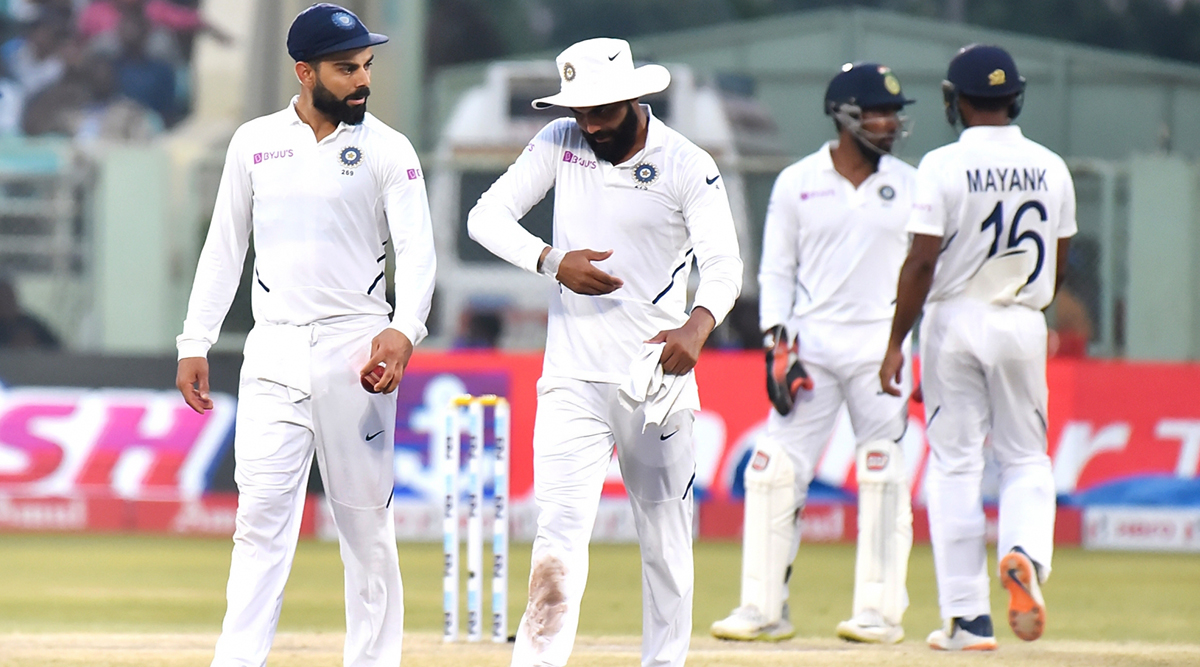 India’s magnificent victory over South Africa by 203 runs send Twitter into a buzz. Indian cricket fans started hailing Team India on Twitter for their outstanding victory over the Proteas in the first Test in Visakhapatnam. India set up a mammoth 395-run target for Proteas in the 2nd innings, which the Faf du Plessis side totally failed to chase. While Rohit Sharma and Mayank Agarwal bagged limelight in the batting zone, Ravichandran Ashwin, Ravindra Jadeja and Mohammed Shami starred with their bowling efforts. IND Beat SA By 203 Runs | India Vs South Africa, Highlights And Cricket Score 1st Test Match.

While Ashwin took 8 wickets, Jadeja bagged 6 and Shami bagged 5 wickets in the match. Shami and Jadeja crushed South Africa’s batting on the Day 5. Proteas were eventually bowled out for 191. A flood of tweets hit Twitter after India’s pleasing victory. Have a look at some of the tweets.

Sunil Gavaskar giving standing ovation to Rohit for his 100!!

Shami takes the final wicket – his fifth of the innings – and closes out a big win for India. That's 40 more ICC World Test Championship points in their kitty!#INDvSA SCORECARD 👇https://t.co/dCGJ4Pcug5 pic.twitter.com/HlTk4dU3Kz

Keep It Up India!

Rohit's back to back 💯

Jaddu's 3 wicket in an over

Heartiest Congratulations To #TeamIndia . All The Best For Rest Of Series.#INDvSA #INDvsSA pic.twitter.com/HzcWFvwNpz

Earlier, India hit 502-7 in the first innings with a double century by Mayank Agarwal (215) and a century by Rohit Sharma (176). South Africa were bowled out for 431 in the first innings, hence giving a 71-run lead to India. Sharma again stormed in the 2nd innings smashing a century (127) and India set up a huge target of 395 for South Africa. India Beat South Africa by 203 Runs in 1st Test 2019 in Visakhapatnam, Take 1-0 Lead in Three-Match Series.

On Day 5, South Africa needed 384 more runs to win while India needed to take 9 wickets for win. Shami and Jadeja crushed the Proteas batting with their incredible bowling and South African batsmen were helpless to evade the batting collapse. India now lead the three-match Test series 1-0. The 2nd Test match will start on October 10 and will be played at Maharashtra Cricket Association Stadium in Pune. Earlier, the three-match T20I series between India and South Africa ended in a draw 1-1.