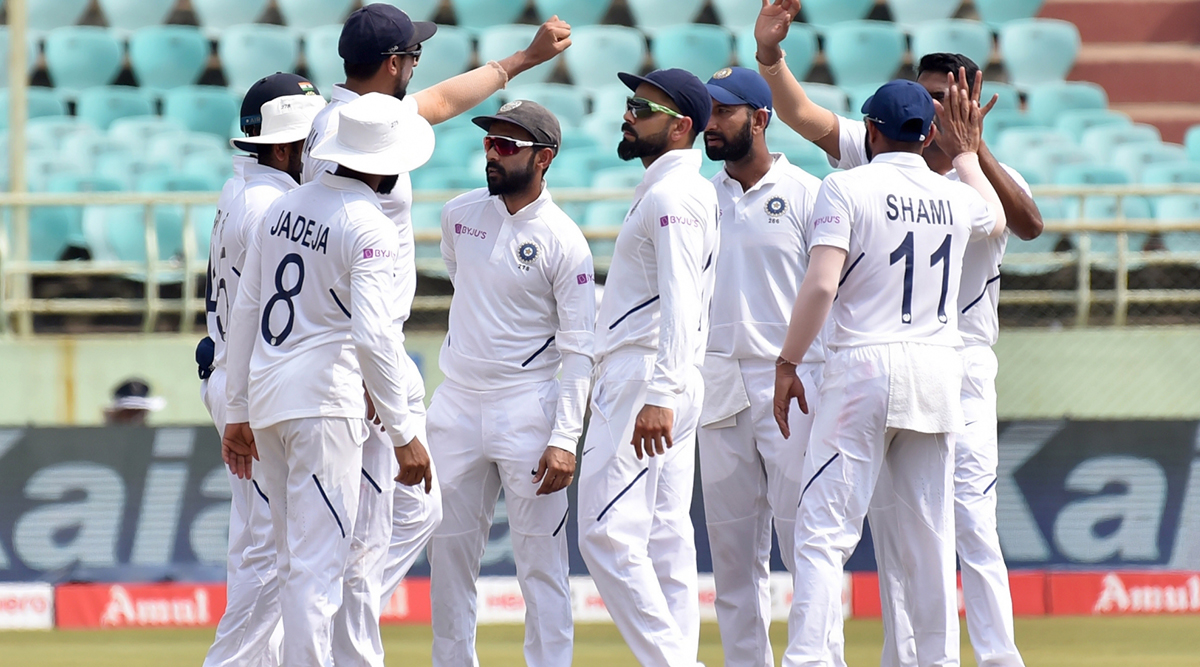 India defeated South Africa by 203 runs in the 1st Test in Visakhapatnam. Team India set a massive target of 395 runs for the Proteas in the final innings, which the visitors failed to chase. Moreover, South Africa suffered a batting collapse on Day 5 due to some outstanding bowling efforts by Ravindra Jadeja and Mohammed Shami. While Jadeja took 4 wickets in 2nd innings, Shami managed to scalp 5 wickets in the second innings. Ravichandran Ashwin, who bagged 7 wickets in the first innings, was able to get 1 wicket in the second innings. IND Beat SA By 203 Runs | India Vs South Africa, Highlights And Cricket Score 1st Test Match.

India dominated South Africa in the match since Day 1. Mayank Agarwal and Rohit Sharma opened the Indian innings and both of them registered a 317-run stand. While Mayank Agarwal (215) smashed a double hundred in his debut match at home, Sharma smashed 176 runs as a Test opener for the first time. In reply, South Africa hit 431 runs in the 1st innings, giving a 71-run lead to India. In the 2nd innings, Sharma fired again and smashed a 127-run knock. He broke multiple records with his innings, taking India to 323-4 in the 2nd innings. India vs South Africa Live Cricket Score, 1st Test 2019, Day 5: Get Latest Match Scorecard and Ball-by-Ball Commentary Details for IND vs SA Test Game from Visakhapatnam.

While putting a huge 395-run target for Proteas, India were confident of a victory and brilliant bowling ensured a comfortable victory for them. R Ashwin and R Jadeja came out as star performers of the match with total 8 and 6 wickets in the match respectively. South Africa were eventually bowled out for 191.

India lead the three-match Test series 1-0. The second Test will commence from October 10 at Maharashtra Cricket Association Stadium in Pune. The T20I series between both the teams had ended in a draw 1-1. With victory in the first match, India have a good chance to clinch the Test series.