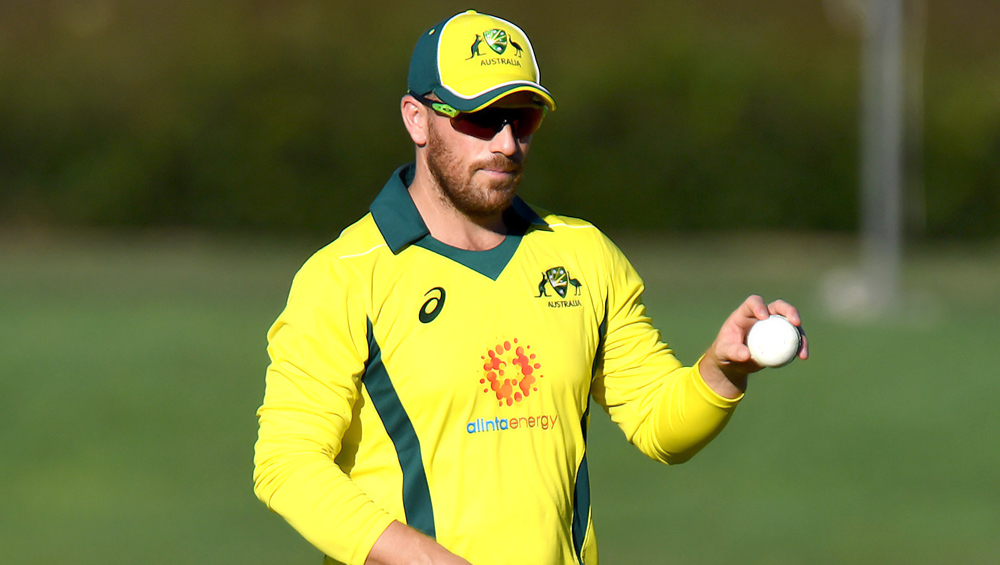 Mumbai, January 14: Australian captain Aaron Finch said that the team's fightback led by the bowlers in the middle overs during their first ODI against India at the Wankhede Stadium in Mumbai played a big role in their massive win. Finch and opening partner David Warner ensured that Australia chased down a target of 256 without losing a wicket.

Australia got an early wicket in the dangerous Rohit Sharma but the in-form pair of Shikhar Dhawan and KL Rahul then put up a stand of 121 runs for the second wicket. However, Australia wrested back control of the match after that stand was broken and never really let go. India vs Australia 1st ODI 2020, Match Report: David Warner and Aaron Finch Slam Centuries As Aussies Register 10-Wicket Victory to Take 1–0 Lead.

"I thought the way we fought back during the middle overs was impressive. Shikhar and KL were batting really well, looking to accelerate. So, I'm proud of the way the boys fought back," said Finch in the post-match presentation ceremony.

"We could still brush up in the field a bit but that happens sometimes when the outfield is slightly damp. Overall, a good performance. Always tough to beat India in India."

Finch and Warner ended up breaking a few records with their colossal stand. Their partnership ended on 258 which is the highest ever in ODI cricket for any wicket against India. Finch was unbeaten on 110 while Warner, who hit the winning runs, scored 128.

It is a continuation of the red hot form that Warner has been enjoying over the past five months in which time he has notched up several big scores across formats, including a triple ton in the Adelaide Test against Pakistan.

"He's been unstoppable for quite sometime now. Quite special. Once he gets in, he has so many options to score. Always great to bat with him. Of course, India are a quality team and we expect them to bounce back," said Finch.