India had over a day to bowl out New Zealand at Ahmedabad, but they managed only two wickets. At Mohali, Laxman kept out Tuffey to avoid an innings defeat. 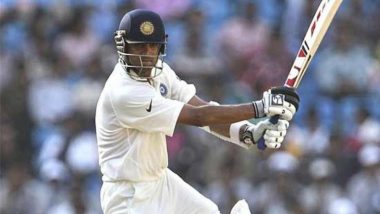 After New Zealand beat India 2-0 at home in 2002/03, their tour of India next year was touted in some circles as a revenge series. As things turned out, New Zealand fought hard to save the first Test match, in Ahmedabad. Then, in Mohali, they almost won the Test match – that too by an innings – had VVS Laxman not played one of his many forgotten gems.

Rahul Dravid’s 222 (he got 73 in the second innings) helped India declare at 500/5 in Ahmedabad. Unfortunately, India did not score quickly enough, and it was not until well into the fourth day that they could bowl out New Zealand for 340. India’s declaration came very late that day: they set New Zealand 370. India vs New Zealand Part 14, 2002/03: New Zealand Win Seam Duel.

But Anil Kumble (4-95) and Harbhajan Singh (2-65) took control Day 5. New Zealand lost their sixth wicket before tea, but India could not break through after that. Nathan Astle and Craig McMillan, having scored 103 and 54 respectively in the first innings, now batted out the remaining forty overs, finishing on 83 and 51.

(The above story first appeared on LatestLY on Jun 21, 2021 07:13 PM IST. For more news and updates on politics, world, sports, entertainment and lifestyle, log on to our website latestly.com).