The BCCI has already decided the dates for the IPL 2019. As per reports, the 12th edition of the Indian Premier League is scheduled to happen from March 29 to May 19, 2019. 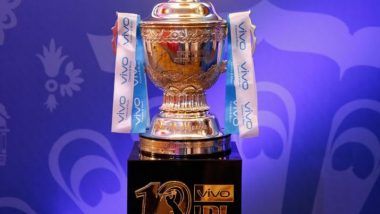 A BCCI official while talking to PTI said, “The 2019 IPL will be played between March 29 and May 19. But we need to maintain a 15-day gap and World Cup starts on May 30. Therefore as per a 15-day gap, we could have only played on June 5. Earlier, we were scheduled to start on June 2 but we couldn’t have played on that day.”

Interestingly, ICC in their various marquee events has always started with an Indo-Pak fixture which is a sure-shot sell-out.But this time it is different the official further informed. "This is the first time Indo-Pak match won't be a starting affair. Since the format will be a round robin affair (all teams playing each other like 1992)," the official added. India will face Pakistan on June 16 at Old Trafford.

The group stage will have all the 10 teams playing against each other. Total 45 matches will be played throughout the tournament. Each team will play 9 matches and the top 4 teams from the group will further qualify for the knockout stage. The finals will be held at the Lord's Cricket Ground.

Talking about the IPL 2018, the 11th edition kicked off on April 7  at the Wankhede Stadium in Mumbai with the match between Mumbai Indians and Chennai Super Kings. Presently, Mumbai Indians are the defending champions of the tournament, The final match of the IPL 2018 will be held on March 27 in Mumbai.

(The above story first appeared on LatestLY on Apr 25, 2018 11:35 AM IST. For more news and updates on politics, world, sports, entertainment and lifestyle, log on to our website latestly.com).