Jimmy Neesham Injures Jaw During India A vs New Zealand A Match, Kiwi All-Rounder Shares Picture With a Hillarious Caption 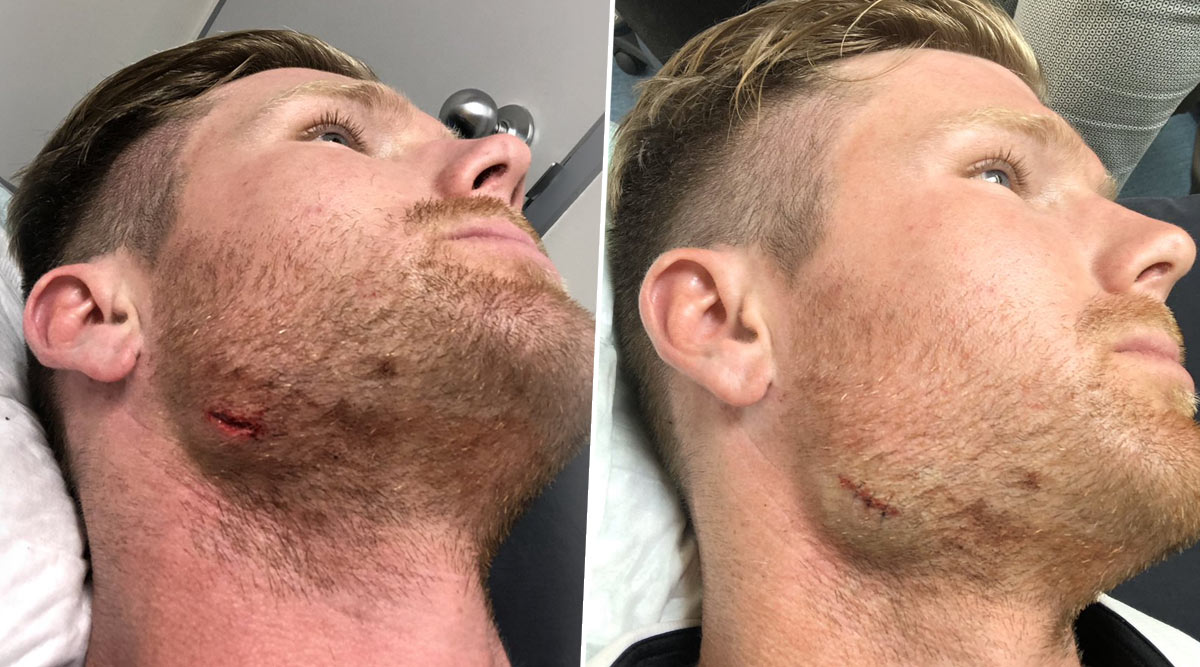 Kiwi all-rounder Jimmy Neesham is certainly a treat to watch when he gets going. However, his ability to entertain his fans is just not limited within the cricket field. Along with his ability to clear the park and take crucial wickets, Neesham is also known for his wit and humour and has often tickled the funny bones of the netizens with his social-media posts. Another display of his funny side was seen when he tweeted a picture of his injured jaw with a caption that will make you go ROFL. India vs New Zealand: From Auckland T20I to Under 19 Clash, Fans to Witness Three IND vs NZ Cricket Matches on January 24.

“Got fixed up good today! Lesson: don’t reverse sweep up into your own face,” read the snap posted by the 29-year old on the micro-blogging website. It appeared that the southpaw injured himself while playing a reverse seep during India A vs New Zealand A match 2nd unofficial ODI match at the Hagley Oval in Christchurch. In the picture, it is clear that the cricketer has sustained a cut in his jaw but instead of stressing about the injury he took the opportunity to entertain his followers and he certainly succeeded. The comment of the post was filled with funny messages and below, we’ll look at some of those. James Neesham Posts Funny Reply on Twitter After Pakistani Actress Sehar Shinwari Asks the New Zealand Cricketer to Become Father of Her Future Kids (See Tweet).

Got fixed up good today! Lesson: don’t reverse sweep up into your own face 😂😂😂 pic.twitter.com/0zTVFw8NLD

Jimmy, got your hair done as well with the stitch work 😆

Despite his wound, Neesham managed to score 33 off 31 deliveries in the match which helped his post a mammoth score of 295/7 in the first innings. The Auckland-born cricketer displayed his bowling skills too and took two crucial wickets of Suryakumar Yadav and Vijay Shankar. Riding on his all-round effort, the Kiwis restricted the Indian side to 266/9 in the second innings and registered  a 29-run triumph