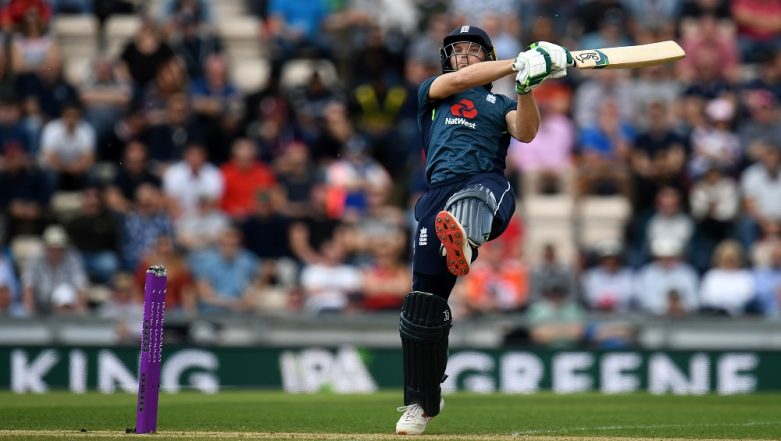 Southampton, May 11: England batsman Jos Buttler slammed a 50-ball century against Pakistan and remained unbeaten on 110 runs (55 balls) to help his side post a massive 373 runs at the end of 50 overs, here on Saturday. Watch Live Score

Buttler came in to bat in the 36th over with the England's scorecard reading 211/3. He accelerated the run-rate by hitting the first four balls he faced for 1, 6, 4, 4 and did not look back. Live Cricket Streaming of Pakistan vs England 2019: Check Live Cricket Score, Watch Free Telecast of PAK vs ENG 2nd ODI on PTV Sports & SonyLiv Online.

The 28-year-old then played 33 deliveries to notch up his half-century before taking the next 17 balls to bring up his another ODI ton. Buttler's 110-run knock contained six boundaries and nine hits into the stands. He was also involved in a 162-run partnership with skipper Eoin Morgan (71 not out off 48) to help England race away to a huge total.