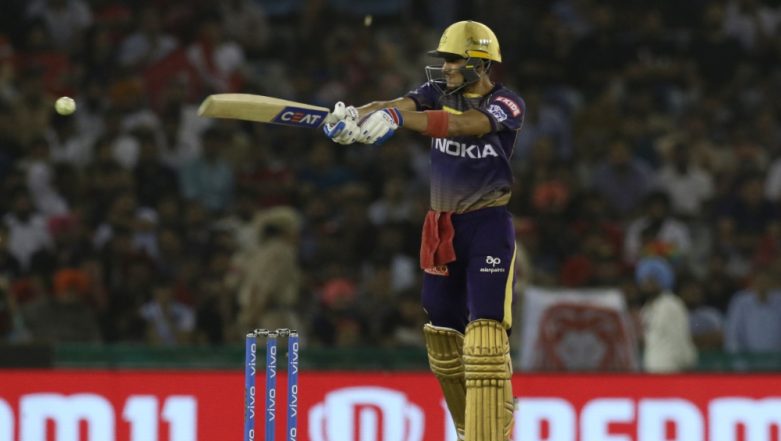 Openers Gill and Chris Lynn added 62 runs for the first wicket and helped KKR get off to a good start. Lynn was dismissed on the last ball of the Powerplay over as he made a valuable contribution of 22-ball 46. IPL 2019 Points Table Updated: KKR Moves to Fifth Spot on Indian Premier League 12 Team Standings After Defeating KXIP.

Andre Russell too scored 24 off 14 balls before being dismissed. KKR skipper Dinesh Karthik finished unbeaten along with Gill. The young batsman was eventually named Man of the Match. “It feels great, my first MoM at my home ground. Can't get better than this. It was important to build partnership. I was striking it at 80-100 but the run-rate was still going around 9-10, so that's when I decided I had to stay in there. Even some relatives from my village came to watch so it's great to play in front of everyone. We have one more match to go, and it would be very nice if we can win that and make it into the play-offs,” Gill said after the match.

# Shubman Gill has most fifty-plus scores, 4,  in IPL as a teenager.

# This was KKR's eighth highest successful run chases for KKR in IPL.

Earlier, it was Sam Curran’s unbeaten 55 off 24 balls that lifted Kings XI Punjab to 183. The left-hander smashed seven fours and two sixes during his stay. KXIP will now face Chennai Super Kings while KKR take on Mumbai Indians in their last match.