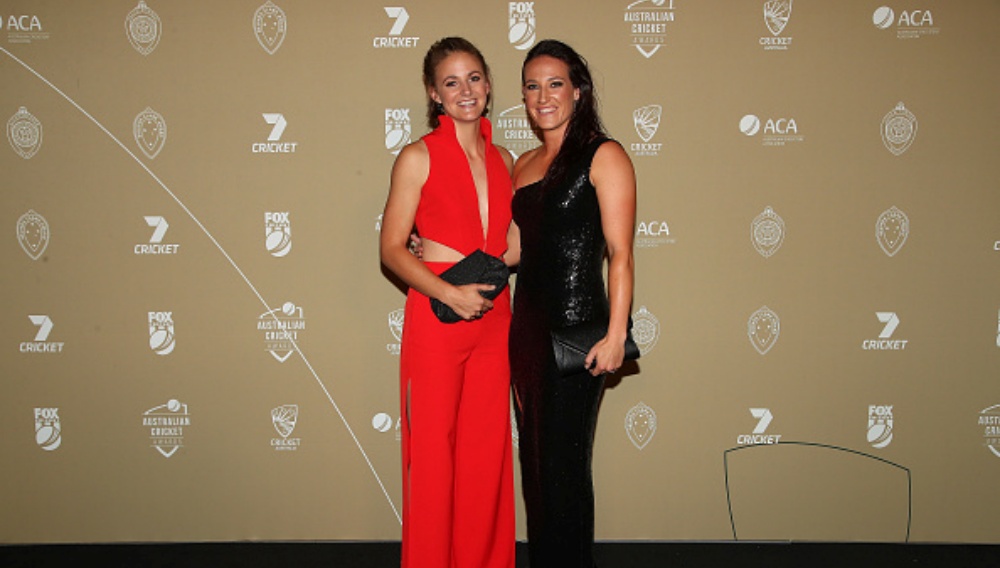 Recently Australia crushed India in the Women’s T2O World Cup 2020 final to clinch the trophy for the fifth time. Australian pacer Megan Schutt in an interview revealed about how she felt after winning the trophy. The bowler during an interview said that she told her wife Jess Holyoake that winning the women’s T20 World Cup beats the wedding. In the interview, she also spoke about the team’s journey to winning the World Cup and their early encounter against India in which they lost and were about to get ousted from the tournament. India vs Australia Highlights ICC Women’s T20 World Cup 2020 Finals Match: Australia Beat India by 85 Runs, Lift WC for Fifth Time.

Megan still struggled to find words to describe the feeling of winning the world cup. The Australian cricketer went on to reveal the conversation she had with her wife. “I said to my wife Jess, ‘that’s the pinnacle, I can retire now; nothing is going to beat that night. I’m sorry babe: that beats the wedding’. Megan recalls that she was on cloud nine after winning the world cup in from of 86,000 people then danced on the stage with Katy Perry.

Talking about the game, the match was held at the Melbourne Cricket Ground. The hosts won the toss and decided to bat first. Beth Mooney and Alyssa Healy made 78 and 75 runs respectively. The Women in Blue in reply could not even reach the score of 100 runs and were bundled out on 99. Deepti Sharma from India made the highest runs scoring 33. None of the other batswomen could sustain the lethal swing and pace of the Australians and in the end, the Australians beat India by 85 runs.