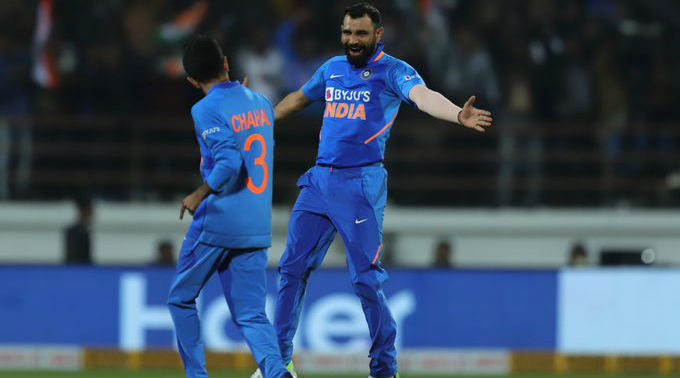 Kolkata, April 9 (IANS) A 21-day lockdown has brought out the artist in Mohammad Shami with the India pacer sharing a video of him painting during the long forced break. "Trying out some sketches after years...how do you think about the "The Artist Shami"?" Shami said in an Instagram post where he is seen giving finishing touches to a sketch. Mohammad Shami Domestic Violation Case: No Action Against Indian Fast Bowler Till We See Charge Sheet, Says BCCI.

The coronavirus pandemic has brought the world to a standstill with sporting events like the Olympics also getting postponed. The Indian Premier League (IPL), which would have been in full swing by now, has also been pushed back until at least April 15. Earlier, Shami's pace colleague Jasprit Bumrah had brought out the gardener in him as he shared photos of his time with plants.

Trying out some sketches after years...how do you think about the “The Artist Shami”? 😅

Among other Indian cricketers, Test opener Mayank Agarwal had shared a photo on Instagram where he has seen playing cards with his family. Leg-spinner Yuzvendra Chahal posted a funny video, shaking a leg with his father while others like wicketkeeper Rishabh Pant went through fitness drills.

Pacer Ishant Sharma had shared old photos with his wife while former India captain Anil Kumble brought out the photographer in him to the fore by sharing pictures he has clicked.